Heart Health: Proteins From Bran of Cereal Foxtail Millet May Be Good For Heart; Found A Study

A recently conducted experiment discovered that bran of foxtail millet contains a type of protein that can be good for heart health. 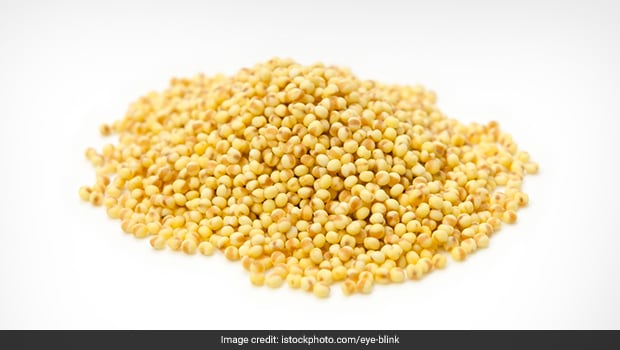 Foxtail millet can prove to be a great addition for healthy heart diet.

Foxtail millet is one of the popular millets consumed in Asian countries. After pearl millet (bajra), sorghum (jowar) and finger millet (ragi), foxtail millet, known as 'kangni' or 'kakum' in Hindi, is a popular food in the region. The crop is widely grown in parts of India, China and Southeast Asia, as is prized for its many health benefits including its gluten-free properties. Now, there's another reason to include this millet in your diet. A recently conducted experiment discovered that bran of foxtail millet contains a type of protein that can be good for heart health.

Foxtail millet comes from an annually-grown grass, but during the milling process, it loses the bran from the hard outer layer of the grain from the seed. The research team helmed by Zhuoyu Li and colleagues earlier found a protein - foxtail millet bran peroxidase (FMBP) - in foxtail millet bran that could fight the migration of colon cancer cells. They expanded their research to see if the protein could also help prevent heart disease - atherosclerosis.

(Also Read: 8 Most Essential Nutrients For A Healthy Heart)

Atherosclerosis is a situation when the artery walls contract and narrow down due to plaque build-up. Plaques made up of cholesterol cells and other substances erupt in immune cells called monocytes. This may further lead to several heart diseases and sometimes, stroke. There are a few drugs called statins that can treat atherosclerosis by lowering LDL levels, but it may also cause harmful side effects.

To look for a natural cure, the research team treated human aortic smooth muscle cells and monocytes in Petri dishes with FMBP. They realised that the millet protein reduced the expression of two key proteins involved in atherosclerosis.

Then, the team conducted the experiment on genetically prone atherosclerosis mice. It was seen that mice that were then treated with either FMBP or a statin had far fewer plaques than untreated mice.
The results of the study were published in the Journal of Agricultural and Food Chemistry.