Kareena And Karisma Kapoor Had The 'Best Meal Ever' For Lunch; See Pics

Karisma Kapoor posted a picture of her afternoon meal that looks nothing like a dieter's meal. In fact, Karisma called it the 'best meal ever'. 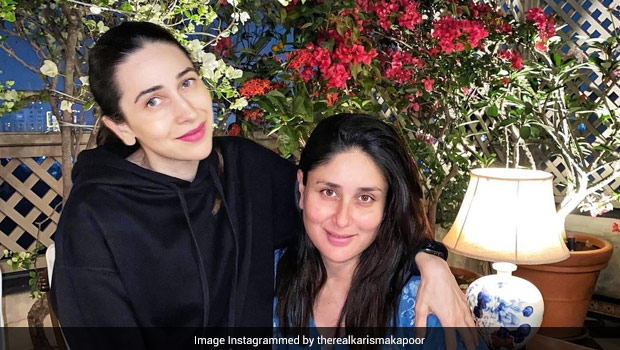 Karisma Kapoor is ageing gracefully and inspires all ladies out there to take care of their health and looks at the same time. The gorgeous diva looks as youthful as ever before, which makes us wonder what she really eats. One would obviously assume that Karisma follows a rather strict diet to maintain her physique. But if you follow her regularly on Instagram as we do, you would know she loves food and is seen indulging in some guilt-ridden treats often. Surprised? You should be. And guess what? Kareena Kapoor Khan was also present there for the same meal. Looks like the Kapoor sisters had quite a treat.

Just recently, Karisma Kapoor shared a picture of a hearty bowl of gajar ka halwa that she binged on last weekend. In her latest update, she posted on Instagram stories, a picture of her afternoon meal that looks nothing like a dieter's meal. In fact, Karisma called it the 'best meal ever' and looking at the picture, we believe it really could have been.

Here's the picture of the Indian meal posted by Karisma Kapoor:

(Also Read: This Is Deepika Padukone's Favourite Food That She Loves To Make Herself)

Kareena Kapoor Khan shared the same picture of the meal that sent her into 'food coma'.

The lavish Indian meal has everything a foodie desires. We can spot an earthen bowl filled to the brim with biryani. Dal makhani, palak curry, truffle dal and other exquisite and rich Indian curries adorn the table, along with a plate of kakori kebab sitting atop tiny khamiri rotis, a bowl of chaat with the garnishing of pomegranate seeds, and another plate of baked mushrooms with a creamy dressing.
Who can ever resist a typical Indian spread like this one? Kareena Kapoor and Karisma Kapoor, for sure, could not!