The actor turns 29 today on November 22nd, 2019, and he rang in his birthday last night with a perfect midnight surprise. 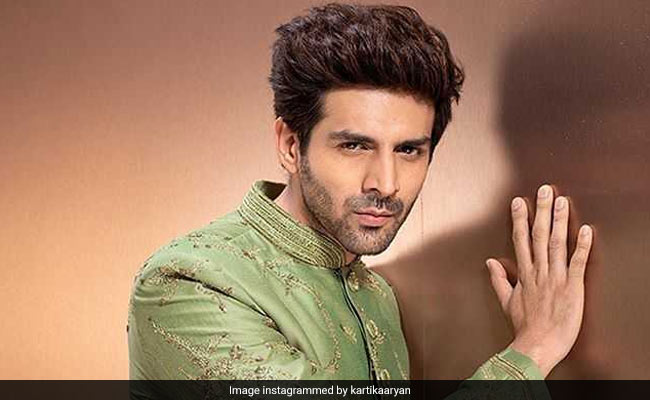 Kartik Aaryan cut his birthday cake with his parents.

Going by his massive popularity among the youngsters of the country, it is safe to say that Kartik Aaryan is the current heartthrob of Bollywood. His fandom seems to be growing by the day just like the movie offers he is getting. The actor turns 29 today on November 22nd, 2019, and he rang in his birthday last night with a perfect midnight surprise. Kartik's parents decorated his place with colourful balloons and candles, with some childhood pictures of Kartik hanging from the balloons. And, of course, there was cake; not one, but two cakes. The cake that Kartik cut with his parents on his side looks like a mouth-watering treat with a heavy filling of some delicious chocolate. ‘Happy Birthday Koki' written on the cake spills out that ‘Koki' might be the nickname for Kartik in his family. How cute is that!?

Another chocolate cake can be spotted sitting pretty besides the birthday cake that he cut. Kartik must have had a great bring-in celebration, just with his parents and two cakes! Kartik Aaryan shared the pictures from the celebration on his Instagram handle and captioned the post with ‘“Jab Mummy Papa ne bday pe surprise kiya.” Take a look at the post -

According to the reports, Kartik Aaryan was busy shooting in Chandigarh for his next film ‘Dostana 2', which has Jahnvi Kapoor in the female lead. He returned to Mumbai after wrapping the shoot on Thursday night, just in time to be with his parents for his birthday.

On the work front, Kartik has quite a few films lined up. Other that Dostana 2, he will be soon seen in Imtiaz Ali's Love Aaj Kal 2, in which he will star opposite Sara Ali Khan, whom he is rumoured to be dating. Kartik is also awaiting the release of ‘Pati Patni Aur Woh', co-starring Ananya Panday and Bhumi Pednekar. The film is expected to hit the screens next month on December 6.

Even since, he gained fame in the year 2011 with his debut film ‘Pyaar Ka Punchnama', Kartik Aaryan has come a long way and gained a strong foothold in this otherwise impermeable film industry. Here's wishing the talented actor a great birthday and loads of success in the future.