Ander Christensen, a man from Nebraska, has made an appeal with Lincoln City Council for boneless chicken wings to be renamed as 'chicken tenders'. 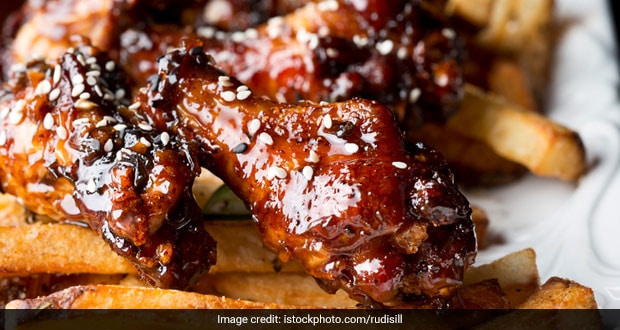 A plea for boneless chicken wings to be renamed has gone viral.

If there's one dish that chicken lovers unanimously love, it has got to be chicken wings. Juicy, succulent chicken meat cooked till crispy and brown enjoy a universal appeal panning across age groups and countries too. People who love chicken wings say that bones form an integral part of the popular dish, and that wings without bones inside should not be classified as 'wings' per se. Ander Christensen, a man from Nebraska, has made an appeal with Lincoln City Council for boneless chicken wings to be renamed as 'chicken tenders'. His passionate plea was shared on social media and it soon went viral.

Don't want to get too political here ... but he has a point. #SaucyNugs#KeepLNKWeirdpic.twitter.com/uFgpyTRAAV

The video was shared on Twitter by user @e10rowley and is originally taken from Facebook. It has amassed over 5.8 million views on Twitter, and over 16.7k likes and retweets. The contention that Ander Christensen presented was that boneless chicken wings was a 'problem' which was getting 'out of control'. "Our children are throwing around names and words without even understanding their true meaning, treating things as though they're normal. I go into nice family restaurants and I see people throwing this name around and pretending as though everything is just fine," he said in the video.

The plea took an emotional turn when he said, "I propose we as a city remove the name boneless wings from our menus and from our hearts." He further proceeded to enlist a few reasons behind why he was asking for this. According to him, the term 'boneless' is completely unnecessary when used with chicken wings as the implicit assumption is that meat comes from animals which have bones. He suggested renaming boneless chicken wings to something else such as "chicken tenders, wet tenders, saucy nuggs", or just "trash".

Turns out the man is not alone in his thoughts or in the cause that he is pursuing. Several citizens lauded him for taking this to the authorities and for his efforts in the direction. Here are some of the hilarious responses to his plea:

I don't know why that guy wrote down his speech. He should have just gone up to the podium and winged it!

What if they come from a free range boneless chicken ranch ? pic.twitter.com/0rZ1dGbDpp

Promoted
Listen to the latest songs, only on JioSaavn.com
— GiantsHawaii (@HawaiiGiants) September 2, 2020

Listen up people. This guy has a bone to pick.

Do you agree with the plea being made? Tell us in the comments below!