Protein Shakes: These shakes may not turn out to be helpful in effectively relieving aching muscles. 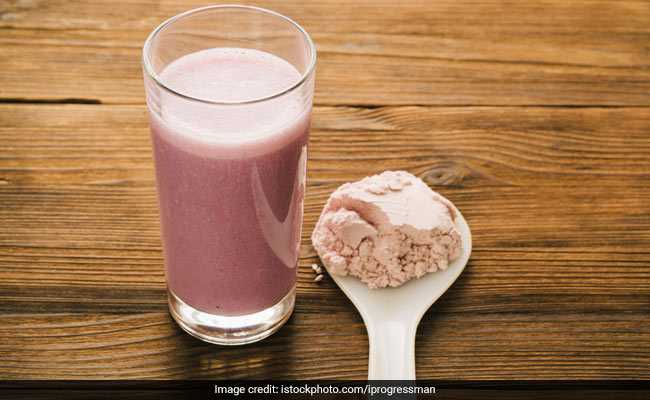 These shakes may not turn out to be helpful in effectively relieving aching muscles.

Protein shakes are considered to be a gym bag essential and are often consumed by gym-goers in an attempt to minimise post-workout muscle soreness and to boost muscle recovery. However, according to a new study published in the journal Human Kinetics, protein shakes may not be the best way to deal with post-gym muscle pain. The researchers have observed that neither whey-protein based shakes nor milk-based formulas enhanced the rate of muscle recovery following resistance training when compared to a carbohydrate only drink. These shakes may not turn out to be helpful in effectively relieving aching muscles.

"While proteins and carbohydrates are essential for the effective repair of muscle fibres following intensive strength training, our research suggests that varying the form of protein immediately following training does not strongly influence the recovery response or reduce muscle pain," said study lead by author Thomas Gee from the University of Lincoln in the UK.

As per the findings of the study, there was a significant rise in the levels of muscle soreness across the three groups 24 hours and 48 hours after the initial resistance training session. The ratings for all groups rose to over 90, significantly higher than the groups baseline ratings, which ranged from 19-26.

A reduction in muscle power and function was also observed in the findings of the study.
"The dependence on protein shakes is one of the fads that need to be dispelled, especially when one uses it as a post-workout concoction to combat muscle pain," Ashutosh Jha, Consultant Orthopaedics, Columbia Asia Hospital in Ghaziabad, told IANS.