Sara Ali Khan shared a picture of her on the terrace, donning a stunning red shawl, clasping a cup of tea in her hands. Take a look at the post! 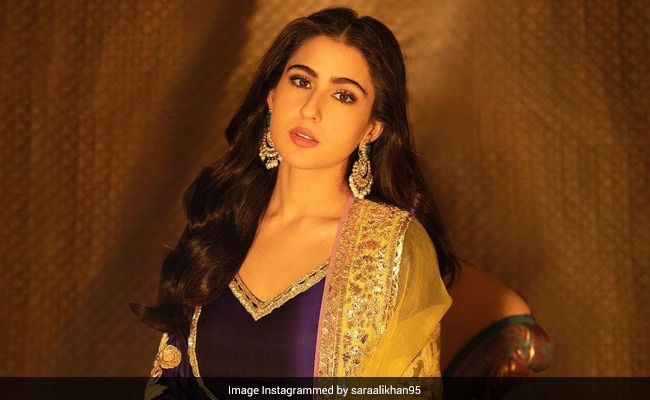 Tea is a beverage which has an immense fan following across the world. Whether it's a refreshing green tea or a satiating black tea, a classic Chai or a soothing Chamomile tea - each brew has its own unique charm. Countless people confess their love for the soothing beverage, and one of the most recent Instagram posts by actor Sara Ali Khan is all about this and more. In a stunning picture on her profile, we could see the 25-year-old actor on her terrace, donning a stunning red shawl, clasping a cup of tea in her hands. Take a look at the post here:

"Winter Chai, Setting Sky," wrote Sara Ali Khan in the caption of her post. The post was an instant hit with her fan following of 29.1 million, garnering over a million likes on the photo-sharing application. Sara Ali Khan is a self-confessed foodie and the actor's posts often feature references to some of the popular foods which she herself loves to indulge in. In the caption to one of her posts, she talked about one of the Punjabi winter delight, saying, "When Harjeet Singh says 'think love and desire' and the only thing I can picture is Sarso Da Saag and Makki Di Roti."

On the work front, Sara Ali Khan will be seen alongside Varun Dhawan in the remake of the classic hit 'Coolie No.1'. She will also star in the upcoming flick 'Atrangi Re' with actors Akshay Kumar and Dhanush.