Actor Vicky Kaushal is a sel-confessed foodie. He recently revealed contents of his 'fridge raid' on his Instagram story recently, and it may leave most of us drooling. 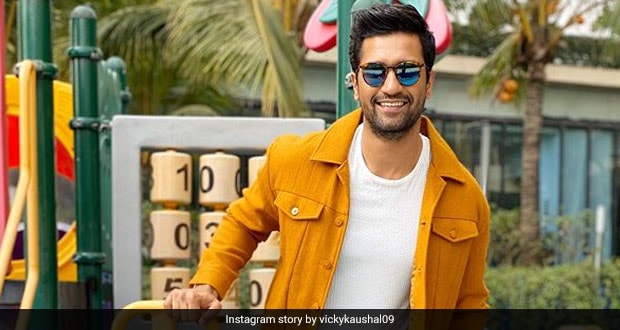 Let's admit it. Each time you open your refrigerator door you are expecting something new and exciting inside, something that you can quietly tuck into, something that would leave you grinning ear to ear. Bhoot Actor Vicky Kaushal too, was in for a sweet surprise when he opened his refrigerator in the middle of the night recently. The actor has often admitted in his interviews that he comes from a typical Punjabi foodie family, but we never expected his refrigerator to be brimming with desi delights at all times. The actor revealed contents of his 'fridge raid' on his Instagram story on Saturday, and it may leave most of us drooling. One can see a plateful of gajar ka halwa being pulled out of the refrigerator in the wee hours of night. '3 am fridge raid successful! Gaajar Ka Halwa', Vicky captioned his boomerang video.

Gajar Ka Halwa is a popular winter treat made with shredded carrots, milk, sugar, nuts and oodles of ghee. Some people like to add a bit of khoya and dry fruits to the delicacy too. Here's a recipe you may like to try.

Vicky Kaushal's latest Bollywood outing 'Bhoot Part One: The Haunted Ship' got mixed reviews from audiences and critics. However, Vicky's gutting portrayal was well-received. Kaushal has a slew of exciting projects lined-up ahead of him. He would be seen in Takht, a period drama directed by Karan Johar. He would also star in Sardar Udham Singh and Sam. While the former is a biography of freedom fighter Udham Singh, latter is a biography of Field Marshal Sam Manek Shaw for which he will be reuniting with Raazi director Meghna Gulzar.