If you follow Shilpa Shetty Kundra on Instagram you would know that the actress loves to eat out too. While the diva was in Delhi recently, she indulged her heart out in one of capital's famous dining destinations 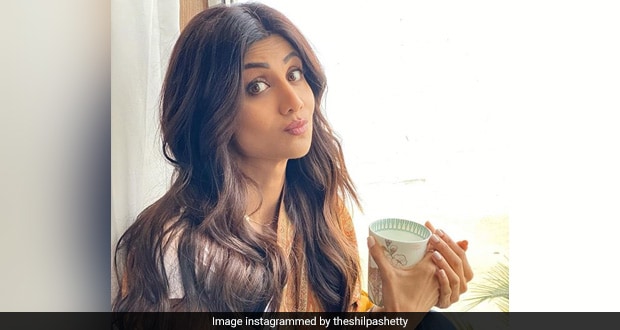 Shilpa Shetty was in Delhi and she indulged her heart out at a popular dining destination.

Shilpa Shetty Kundra is easily one of the happiest person in tinsel town nowadays, not only did she become a parent second time over but she also has her bagful with many exciting projects both on and off-screen. Shilpa would be making her comeback on screen with Hungama 2.In the Priyadarshan directorial she would be sharing screen-space with Paresh Rawal and Meezan Jaffery. She also has a pivotal role in 'Nikamma' a romantic comedy starring Abhimanyu Dassani and Shirley Setia. Shilpa Shetty is one of the fittest actors in Bollywood  and a social media sensation. Her 'Sunday Binges' especially are incredibly popular among fans on Instagram.

The actor also takes to the social media platform to share her own healthy recipes. For instance, the recipe of 'jowar roti' that she shared on Thursday. If you follow Shilpa Shetty on Instagram you would know that the actress loves to eat out too. While the diva was in Delhi recently, she indulged her heart out in one of capital's famous dining destinations -Town House.

She also shared a glimpse of her foodie outing, what was on her plate now,you ask? Well Shilpa Shetty gave a shout-out to the restaurant's sushi. In an Instagram story posted by her, she can be seen posing next to a whole platter of sushi. Sushi is a bite-sized Japanese delicacy, it is mostly made with rice, a form of fish, vegetables or tropical fruits. It is often served with soy sauce, wasabi (a paste made of Japanese horseradish) and gari-a form of pickled ginger.