A TikTok user who goes by the username 'Pops Kitchen' on the video-sharing app has devised an intelligent and quick way to slice watermelon in a matter of seconds. 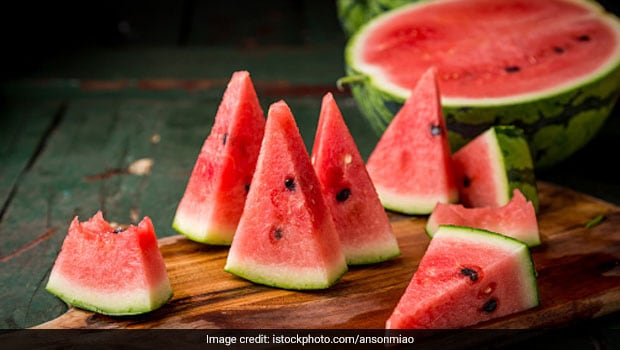 Watermelon slicing couldn't get easier than this.

Summers are here, and coupled with the hot summers comes the deliciousness of refreshing summer fruits! Watermelon, papaya, mango, pineapple and musk melon - all are absolutely wonderful to relish during the hot summer months. Their enormous water content helps replenish energy and nutrients in the body. Watermelon, for example, comprises approximately 92% water! The delicious summer fruit can be an any-time snack during the sweltering hot days, which is why it is widely popular especially in India to consume the fruit.

Although there are a number of ways to cut, slice and present the watermelon - one particular method caught our attention. A TikTok user who goes by the username 'Pops Kitchen' on the video-sharing app has devised an intelligent and quick way to slice the giant fruit in a matter of seconds. The resultant sliced watermelon can be presented as it is for everyone to relish. Take a look at the video:

The video of the watermelon slicing method went viral on TikTok, with over 37 million views and 1.2 million likes. Apart from being quick and easy, the video of the hack was also mesmerising to watch. What the user did was that he made semi-circular incisions on either side of the watermelon. Then, he made one long horizontal cut across the surface, thus splitting it into two. The watermelon pieces could then be separated and eaten, piece by piece.

Although the user used a butcher's knife to cut the watermelon, a regular knife can also be used within the same process. The idea is to make the process of digging into your favourite fruit a tad bit easier. So, if you feel the urge to reach out for an unhealthy snack, dig into a refreshing watermelon instead by using this simple hack to cut it!