Annie Wilkins, a Twitter user, shared the video of her daughter trying to stomach her homemade spaghetti, which happened to have truly hilarious results. 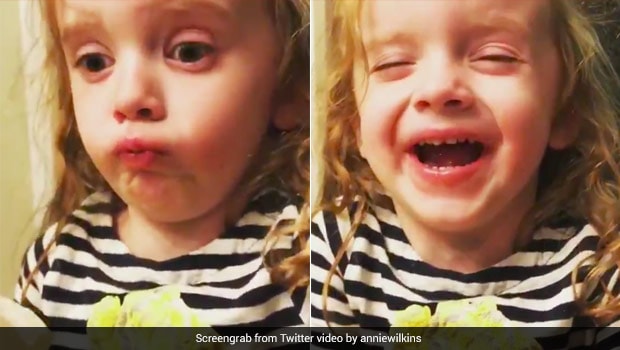 Annie Wilkin's daughter Piper pretended to like her food.

Mothers are said to be the best cooks. If there is one thing that defines comfort food for anyone, it would be their mother's cooking. However, one mother on Twitter found herself quite surprised when her four-year-old daughter pretended to like her cooking, while her reactions clearly portrayed otherwise. Annie Wilkins, a Twitter user, shared the video of her daughter trying to stomach her homemade spaghetti, which happened to have truly hilarious results. Take a look at the viral video:

@somegoodnews my daughter pretending to like my spaghetti #spaghettidryheavespic.twitter.com/drqe5CsHI6

Annie Wilkins shared the video on her Twitter handle, which was actually from three years ago. Piper, her then four-year-old daughter, was attempting to eat some spaghetti that Annie had made. Piper took a bite of the pasta, and when her mother Annie asked her how she found it, she said, "Good!" but immediately gagged. The concerned mother asked her if she was okay, and she nodded her head but her mouth's reaction to the spaghetti appeared to be far from ideal. The sound of her laughing sibling was also quite a funny element in the video. Piper then swallowed the bite and nervously laughed, saying, "I'm okay!"

(Also Read: TikTok Video Of A Woman Snatching Food From People In A Mall Is Winning The Internet)

The internet couldn't stop laughing at how adorable Piper's acting was. The video went viral with over a hundred thousand views. What most people could relate to was the fact that they have all been through incidents when they have to pretend to like something to please their mothers or dinner hosts. People were also touched by how much the little girl was trying to do so that her mother wouldn't be hurt, but things went out of her control.

Take a look at some of the reactions:

My husband and I have had THE BEST LAUGHS over this! Omg we havent laughed so hard in daaaaaays. Cant wait to show my kids in the morning. Hahaha!

What I got from this video is that my kids will never love me as much as she loves you ????

Hilarious yet so sweet ! She really tried to like it. ????

the little "mmm!" she does after the first gag cracks me up.

What did you think about the video? Tell us in the comments below!