Sonam Kapoor shared a few tips which she practices based on personal experience to alleviate the symptoms of PCOS aka Polycystic Ovary Syndrome. 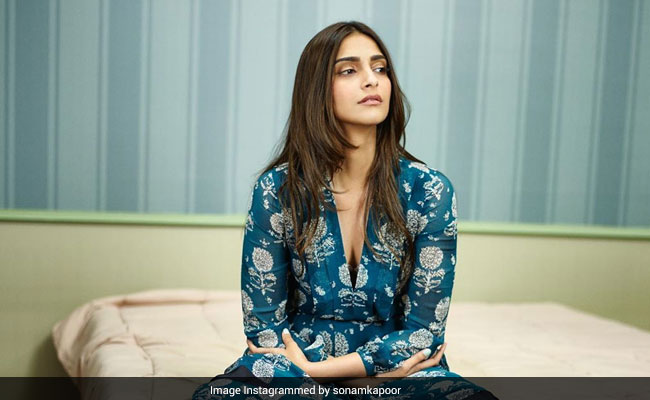 PCOS (or Polycystic Ovary Syndrome) is one of the common conditions among women all over the world today. The condition is primarily a lifestyle disease associated with symptoms like hormonal imbalances, irregular menstruation, excessive hair growth, and weight fluctuations. Sonam Kapoor has often spoken about her own journey living with the condition. She took to Instagram to share an IGTV video with a few tips which she practices based on personal experience to alleviate the symptoms of the condition.

"PCOS, or PCOD, is a very common condition that a lot of women live with. It's also an extremely confusing condition since everyone's cases, symptoms and struggles are different. I've finally figured out what helps me after years of trying several diets, workouts and routines, and I want to share my tips for managing PCOS with you," she wrote in the caption of her post. Sonam Kapoor talked in the video about how she has had PCOS since the age of 14. Calling it the 'bane of existence', she spoke of a few simple lifestyle changes that she has tried to incorporate after consultation with experts in the field. Sonam Kapoor suggested regular exercise, walking at least 10,000 steps a day, practicing yoga, and meditation as vital tips in working against the symptoms of PCOS.

(Also Read: Sonam Kapoor Has Some Health Advice To Share, And You Should Pay Attention)

Sugar is best avoided when it comes to conditions like PCOS.

She further explained how even natural sugars such as honey and jaggery are best avoided, and the only good sugars that should be had are the ones contained in fruits such as oranges, apples etc. Sonam Kapoor admitted how giving up sugar entirely has transformed her life and made her averse to the sweet taste itself. "Now after not eating sugar for such a long time, I can't eat sweet things. And I was an addict to sweet things like sugary drinks, sweets and desserts. And now if I eat something sugary I find it too sweet," concluded Kapoor.

Here's the full video that Sonam Kapoor shared on Instagram:

Thus, the moral of the story is that exercise is of the utmost importance in tackling PCOS and PCOD. It is also a good idea to practice yoga, meditation and breathing to alleviate stress. Do consult your doctor or nutritionist before taking up any diet or drastic lifestyle changes.