Can you Really Work up an Appetite? 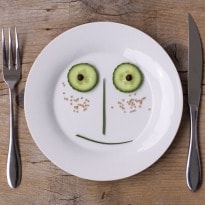 US scientists are challenging the popular notion that we can "work up an appetite" with vigorous exercise, saying it actually reduces a person's motivation for food.

James LeCheminant and Michael Larson, both Brigham Young University professors, measured the neural (brain cell) activity of 35 women while they viewed food images, both following a morning of exercise and a morning without exercise.

The research shows that 45 minutes of moderate-to-vigorous exercise in the morning actually reduces a person's motivation for food.

They found their attentional response to the food pictures decreased after the brisk workout, the journal Medicine & Science in Sports & Exercise reports.

"This study provides evidence that exercise not only affects energy output, but it also may affect how people respond to food cues," LeCheminant said, according to a Brigham statement.

The study measured the food motivation of 18 normal-weight women and 17 clinically obese women over two separate days. On the first day, each woman briskly walked on a treadmill for 45 minutes and then, within the hour, had their brain waves measured.

Electrodes were attached to each participant's scalp and an EEG machine then measured their neural activity while they looked at 240 images - 120 of food meals on plates and 120 of flowers.

The same experiment was conducted one week later on the same day of the week and at the same time of the morning, but omitted the exercise. Individuals also recorded their food consumption and physical activity on the experiment days.

The 45-minute exercise bout not only produced lower brain responses to the food images, but also resulted in an increase in total physical activity that day, regardless of body mass index.

"We wanted to see if obesity influenced food motivation, but it didn't," LeCheminant said. "However, it was clear that the exercise bout was playing a role in their neural responses to the pictures of food."

Promoted
Listen to the latest songs, only on JioSaavn.com
Interestingly, the women in the experiment did not eat more food on the exercise day to "make up" for the extra calories they burned in exercise. In fact, they ate approximately the same amount of food on the non-exercise day.

"The subject of food motivation and weight loss is so complex," Larson said. "There are many things that influence eating and exercise is just one element."