Foodies Get What Foodies Want! 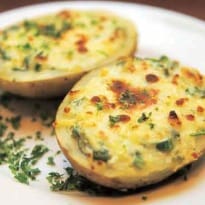 Restaurants and cafes are taking customer satisfaction to the next level by cooking personalized meals for health freaks, diabetics and thyroid patients. What if you're just a fussy foodie and want a dish that's not on the menu? They'll even whip one up specially for you.

At Apicius, a Mediterranean restaurant in Andheri, last week,Head chef Philip Gomes received a special customer. Around 50 years old, he was an invalid, who was suffering from high blood pressure and had recently undergone a surgery. "Tired of hospital diet, the food-loving gentleman was in the mood for a pizza, which has all the ingredients that were crossed out from his diet. On the spot, we prepared a fresh puree of green asparagus, disinfected with a veggie wash, and made a fresh pesto without Parmesan cheese and minimal oil and salt. Keeping his blood pressure in mind, we did not use black pepper, fat or butter," says Gomes, who managed to prepare a non-spicy, yet tasty dish.

"He appreciated my efforts, relished it and thanked me profusely before leaving. It is a wonderful feeling to wave goodbye to a satisfied customer," smiles Gomes. The 50 year-old isn't the only satisfied customer around. As city restaurant owners told us, all customers need to do, is ask. In fact, they believe that today, the savvy Mumbai foodie has evolved into a food connoisseur who can demand more than usual at restaurants, and the hospitality sector is only happy to take an extra step to add the name of another satisfied customer to their list.
"To me, customisation of food orders means knowing your customers. Diners have advanced; they are aware of food allergies, palate preferences, and healthy options. Why do they come out to eat? They want to feel special. They want to feel that they are being served a dish the way they  ike it," explains Marut Sikka, Delhi-based food critic and chef. (Pic/ Rane Ashish)

Similarly, 33 year-old Nihar Gala, owner, Under the Banyan Tree, happily offers customisations at the Kemps Corner-based restaurant, despite realising that it consumes time. "Often, diabetics, and others who are thyroid patients, end up nibbling on their food during family outings, as they cannot eat half the items. It is not fair to them, so at our restaurant, we make meals that are either sugar-free or low in sodium and salt on request so that they can enjoy a delicious meal without letting their diet go for a toss," says Gala, who gets requests for such special orders once
a week. (Pic/ Santosh Nagwekar)


In a food-loving city like Mumbai, the fight between a growling stomach and tempting, oily street food is common. Freelance ad-film producer Nadir Ali has already visited Melange, the three week-old bistro at Andheri (west) four times since it opened. Reason? They offered to cook him a special omelette, sans the egg yolk. The Byculla resident frequents Andheri for his work, and was fed up of eating unhealthy vada pavs and other roadside food. "I am a health-conscious person and when I saw the egg menu at Melange, I asked them if they could serve me a yolk-free omelette, as I dislike the taste of egg yolk," says the 30 year-old.Following the order carefully, Hardik Parekh, owner and head chef, Melange, put on his white apron and got to work. "We removed the yolk, which has carbohydrates, from the eggs and made the protein-rich omelette using the egg white. We added capsicum, mushroom and onion. Ever since, whenever Ali walks in, we remember his order and prepare it the same way," smiles Parekh. The Cottage Cheese Steak at Under The Banyan Tree has low sodium and salt content. (Pic/ Bipin Kokate)


Out of the Menu

It isn't just customers with health conditions who are demanding customisations. In a bid to stay healthy, they keep abreast of how foods affect their body. For calorie-conscious customers, who are in the mood for a latte, Parekh offers to replace sugar with honey. "Last week, two customers asked me whether we had a diet latte, which is almost impossible. They were happy to take my suggestion to replace sugar with honey," he recalls.

The customer doesn't need to think twice before asking, adds Parekh. "The hospitality at Mumbai's restaurants has undergone a big change in the past five years. The staff that waits on you is polite, knowledgeable and friendly, and the overall experience does not depend on the food alone. It is no longer just about taking an order and placing it on the table on time. There has been a shift in the attitude of the customer as well as the way a restaurant functions," says Parekh.

And if you thought tweaking dishes was the end of it, you're wrong. Some restaurants will even prepare dishes that are not on the menu. Last month, photographer and wine connoisseur Aneesh Bhasin was eating dinner with a couple of friends at Woodside Inn, which he frequents at least thrice a week. In the mood to try something different, the Lokhandwala resident asked the waiter whether they could make something new this time. "The person who took our order offered to make us Prawns in Lemon Caper Sauce, which were yummy," says the 26 year-old.

And he is not the only one, says 30 year-old Pankil Shah, director, Neighbourhood Hospitality, that owns Woodside Inn. "A lot of our guests are regulars and they know the kind of food that will be served here. Often, they want to create their own combinations, while others want something that is not on our main menu. We try to accommodate their requests," says Shah, who has noticed how the Mumbai customer has evolved. Even the standard of service has improved in the last five years, adds Shah, as the sector has become more formal and organised.

"The first pizza outlet in Mumbai was Open House. If you wanted pizza, you had to visit this one eatery and eat whatever was served. The customer knew that he/she was not going to get it anywhere else. Now, they are spoilt for choice. Naturally, customers feel that it's okay to demand and be served in a way they want to be served," he feels.


Designed for your Taste Buds.

Listen to the latest songs, only on JioSaavn.com
It doesn't end there. Some cafés and restaurants have actually been designed keeping customisation in mind. Fellas, a health café in Khar, offers daily, weekly and monthly packages of a combination of juices, sandwiches, salads and whole meals. An in-house nutritionist even chalks out a plan for you. Orders are either home-delivered, or customers can walk in and enjoy them at the café.

At the end of almost every busy day, 29 year-old twins and fashion designers Siddhi and Riddhi Mapxencar make their way to the health café. "While we gorge on healthy paneer steaks and mushroom platters most of the time, the café whips up an eggless pancake, which is not on their menu, when we are in the mood to indulge," says Siddhi, a resident of Khar. "And sometimes, a serving of French fries, but only after being told how unhealthy it is," smiles Riddhi. Owner Anupam Adarsh says the café has been designed keeping customisation in mind. "When it comes to health, what is good for me, is not necessarily good for you, is it?" he grins.