Squirrel Burgers? No Thanks, I'm Fed Up With Stunts in Buns 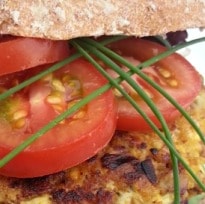 In business, it's a familiar story: the first generation will have a lucrative idea, the second generation will expand on it, but then the third generation - knowing nothing but wealth and unearned success - will arse everything up. This is exactly what's currently happening with burgers.

The burger exploded in popularity because it was cheap and convenient. Then that popularity was refined with better meat, gourmet bread and more artisanal toppings. Now, just when everything was going perfectly, along comes the idiot third generation - the stunt burger.

Today a Chelsea restaurant unveils what it calls the world's most expensive burger - filled with wagyu beef, lobster and gold leaf - that costs £1,100. Organisers of last weekend's Forest of Dean Extraordinary Squirrel Burger Challenge, which is exactly what it sounds like, faced criticism from animal rights activists.

Season five of The Walking Dead was recently publicised with a burger that had been designed to taste exactly like human flesh. Tokyo has had black burgers from Burger King and McDonald's, there were offal-filled "brain burgers" in London in 2012, and a "Proud Whopper" campaign from Burger King in San Francisco this year.

Worst of all, PYT, a Philadelphia restaurant dedicated to serving nothing but stunt burgers - including a 1,400-calorie monstrosity that looks like a discarded prop from Videodrome and is officially known as the Donut Cheesesteak Burger - has announced plans to open branches around the world.

The stunt burger, it seems, is verging on ubiquity.

The burger - the beautiful, simple, iconic burger that you bought for loose change and then ate hungover in your car - has become a slave to the marketing departments. Got a boneheaded product you need to promote? Why not just bung a load of insane, barely edible junk into a bread roll? It works every time. The stunt burger is a tragic misappropriation of a design classic, and true burger fans cannot wait for this miserable fad to end. Poor Ronald McDonald must be spinning in his creepy grave.