Ways to Tune Up the Food System 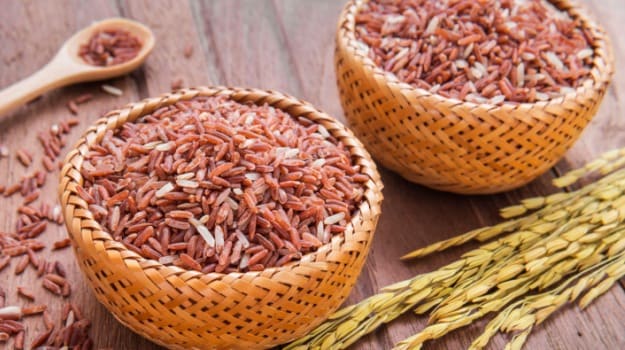 When I was a kid, one of my favorite books was the Dr. Seuss classic "If I Ran the Zoo," in which young Gerald McGrew decides he wants none of the humdrum lions and tigers and bears. Instead, he'll fly to Ka-Troo and bring back an It-Kutch, a Preep and a Proo. My fondness for that book-length Seussian fantasy of control was an early indication that I like being in charge - which could explain why I am a freelancer and an atheist.

As a nod to Dr. Seuss, I wanted to write my "If I Ran the Food System" column in anapestic tetrameter, but nothing rhymes with "crop-neutral insurance," so I had to stick to prose.

Over the past couple of years, I've gotten ideas about food from a lot of people who grow it, regulate it, supply it, cook it, study it and just think about it. And the list of potential improvements, from farm to table, is long. But making the changes necessary to fix the problems in both our agriculture (pollution, greenhouse gases, soil erosion) and in our diets (too few vegetables, too many calories) requires a fundamental shift in attitude. We all have to pay attention to things that haven't been on our radar. And so, although there are many smart suggestions floating around, I'm focusing on 10 that have a ripple effect: changes that, with luck, will beget other changes that, ultimately, can change the zeitgeist.

Because some problems began decades ago, with government incentives that rewarded production of just a few commodity crops, I'll begin with what government can do and follow with ideas for manufacturers, consumers and farmers.

- Develop a best-practices standard. Right now, the only USDA-certified standard defines organic crops. And while that's an important way for producers with a focus on naturalness to find customers, every agricultural expert I've spoken with says it's not the optimal standard for environmental health. Farmers are experimenting with cover cropping, no-till, precision agriculture and lots of other strategies to reduce runoff, conserve water and cut greenhouse gas emissions. If we can codify best practices and certify the crops of farmers who use them, those farmers can attract customers willing to pay more for foods grown that way.

- Move to crop-neutral insurance. We are disproportionately subsidizing crops that form the backbone of what public-health experts are telling us to eat less of: processed foods and meats. We should continue to help farmers reduce risk through insurance- premium help, but eliminate the supplemental programs that support commodity crops, primarily corn and soy.

- Overhaul SNAP. Scrap the Supplemental Nutrition Assistance Program (a.k.a. food stamps), which is a cash subsidy for buying foods - almost any foods, even unhealthful ones - and reinvent it as a program that ensures Americans have access to healthful foods in their time of need. (That's how the Women, Infants and Children program - WIC - works). And, along with it, perhaps recruit some food people - lots of us either write about or cook food for a living - to volunteer to teach classes. Let government food assistance be a ticket not just to the healthful foods we all should be eating more of, but also to help with figuring out what to do with them. That would also create demand in some "food deserts," where wholesome foods are less available - an important step in righting that imbalance.

- Teach food in schools. Over and over, I've heard that it's very hard to change adults' habits but not quite as hard to change kids'. Start 'em young, learning what's good and what isn't. Consider bringing back home ec, which helped generations of kids (mostly girls) learn to cook. How about making farm visits a standard part of the curriculum? And a slaughterhouse visit a standard class trip for high school seniors?

Food manufacturers do a lot of things I take issue with. I'd like to see more-healthful products on the market. I'd like to see kids exposed to less advertising and less nutrition-free food. I'd like to see fewer products marketed as healthful when they aren't; the new Cheerios Protein, with 18 percent more protein but seven times the sugar, stuck in my craw.

But consumers have an obligation, too. At the end of the day, someone has to buy it. If we all buy what's bad for us and balk at what's better, it's tough for even well-intentioned manufacturers to change. And so I'll confine my wish list to two:

- Use sourcing as a selling point. This is beginning to happen as more companies ask farmers to reduce antibiotic use, let chickens out of cages and eliminate gestation crates, giving concerned consumers a way to support those practices. Unilever is one of many companies going further, looking to source from farmers who comply with a more rigorous set of standards; it hasn't been easy, and it won't be easy for other companies. If there's a best-practices standard (see above), though, and companies aren't left to develop their own, perhaps it'll get easier. Consumers can't vote with their wallets unless there are better choices to be had.

- Label everything. The only way consumers can vote for those better choices is if they know what goes into products. How was the broccoli grown? How was the pig treated? The Grocery Manufacturers Association recently announced an initiative that would put QR Codes listing hundreds of product attributes on tens of thousands of products, and I'm cautiously optimistic. I also hope the QR solution will put the ongoing debate about GMO labeling - something I've long supported - to bed. Knowing that something is genetically modified isn't particularly helpful unless you know how it's genetically modified. Disease-resistant or herbicide-tolerant? Boilerplate language on the box can't get into such detail, but information accessed via QR Codes can. And codes can be made accessible by putting scanners in stores.

You and I, the consumers

- Vote with your wallet. Look for those labels and buy the products that align with your priorities. Create a demand for products grown with best practices. Food companies respond to consumer demand. Farmers respond to food companies' buying practices. We have the power to spark change in the entire chain.

- Get closer to food. Grow something. Anything. Plant some herbs in a window box or a tomato plant in a pot. It's particularly important if you have kids. We all need a reminder that food begins with a plant that turns sunlight into energy. I don't have a scintilla of evidence to support this, only my own experience, but I've found that spending time with those plants makes the bright-colored boxes in the center aisles of the market seem less like food. Spend time with animals, and you end up giving more thought to the lives they lead. Raising (and killing) my own livestock has also forever cured me of wasting any part of an animal.

- Cook. You've heard it so many times that I won't elaborate.

Farmers are the interface between planet and people. No matter what the rest of us do, the environmental impact of farming is in the hands of the people who are actually doing it. It is a breathtaking responsibility, and the farmers I've talked to take it very seriously. Everyone agrees that reducing pollution, safeguarding soil and sequestering carbon are important, but no one knows how to do that on any particular farm, or particular field, better than the farmer. I'm sure not going to be the one to tell her what to do.

My list is, instead, a way to give farmers the help they might need to make changes. Create a market for crops and animals raised with attention to the rights of farmworkers, the welfare of animals and the impact on the planet. Make what benefits all of us benefit farmers, too, by creating a standard that allows them to charge a little bit more for products raised according to higher standards. And, on the flip side, stop creating incentives to grow a few commodity crops at as high a capacity as possible, with insufficient attention to environmental repercussions.

Farmers have to grow what people will buy, and the cost of improvements that benefit the environment have to be shared among us all.

- Come to the table. Just about every food person I've talked to, from every perspective, wants a more inclusive, constructive conversation. Over and over, the people most engaged in our food system have told me some variation on what Secretary of Agriculture Tom Vilsack told me: "Food should be uniting."

What has been most interesting and eye-opening to me in the two-plus years I've been writing this column is spending time with people who disagree with me. It has made me acutely aware of my own biases (we all have them) and impatient with the tenor of the public conversation. So, to have a better conversation in 2016, consider spending more time with people you disagree with. Surely, if you're a GMO proponent, you know an opponent you could have lunch with. Organic advocate? Spend time with a conventional farmer. Expand your social media circle to include "them." Mute anyone who routinely calls names or hurls insults.

If you're part of the food industry and a member of an organization that gathers people together to talk about food at conferences and events, invite some outsiders. When everyone in the room sees the world in the same way, progress is unlikely. It's harder to believe people are greedy or duplicitous or anti-science when you sit down together with a beer and discover you both like fishing or Portugal or "Zoolander."

That last one's particularly important because it doesn't cost anything to implement. It requires no particular expertise. It has no downside.

I don't run the zoo. And although I'm not short on hubris, mine doesn't extend to believing I can sit at my desk and give the people who do run the zoo a definitive guide to doing their jobs better. These are merely ideas, some of which have originated with people in a zoo-running capacity and all of which have some mainstream buy-in. They are a starting point.

Here's hoping that the new year brings us more constructive public debate, and progress on improving what and how we grow and eat.