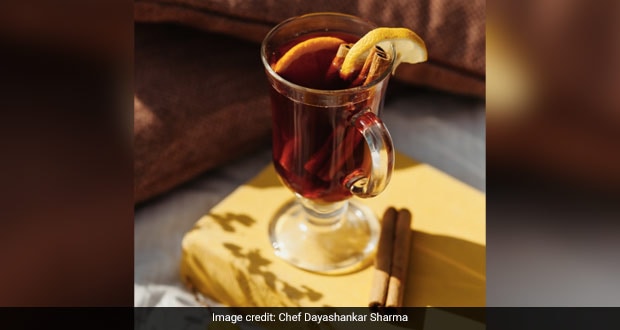 How To Make Christmas Gluhwein

About Christmas Gluhwein Recipe: Enjoy the Christmas festivites with this simple and delicious recipe of Christmas gluhwien or mulled wine!

How to Make Christmas Gluhwein

HideShow Media
1.
Put caster sugar in a pan. Peel the orange and add the peel in to the pan along with lemon peel. When peeling, make sure you take the pith out else it will be bitter.
2.
Now squeeze rest of the orange juice in the pan.
3.
Now scrape out the seeds from nanilla pod and add it as well. Add cinnamon stick, cloves and star anise.
4.
Add half bottle of red wine and simmer it until the sugar dissolves and bring it to the boil to create a syrup like texture.
5.
Now add rest of the 1 and half bottles of red wine, simmer it for about 5-6 minutes. You could drink it like that or add about 100ml of spiced rum or brandy. Serve and enjoy