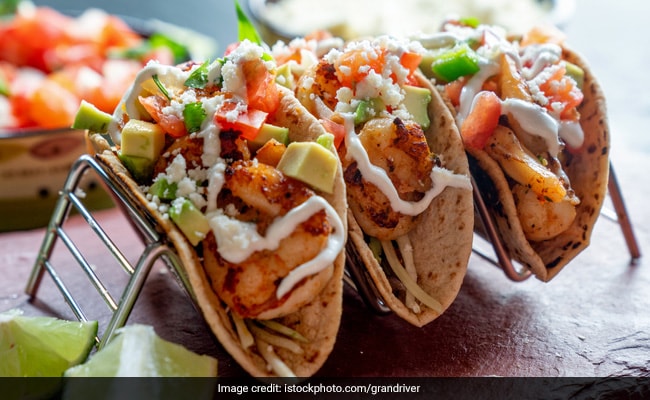 How to make Paneer Tacos

If you are looking for some Indo-Mexican recipe, this paneer taco is a must try! Spicy, tangy and creamy, it is sure to dazzle your taste buds in no time. Try it out!

How to Make Paneer Tacos

HideShow Media
1.
To make the marinade - in a large bowl, add oil, lime or lemon juice, taco seasoning and two spoonful of water. Whisk until everything is well combined.
2.
Add the marinade to the paneer and veggies cubes. Stir until every piece is well coated with the marinade. Refrigerate for minimum of 1 hour.
3.
After an hour, take the stuffing out of the refrigerator. Heat a skillet on high heat. Spray with oil. Add the paneer veggie stuffing mixture to the pan in a single layer.
4.
Cook for 4 to 5 minutes on high medium heat until paneer is nicely browned. Veggies should be crispy and tender. Remove pan from heat. Stuffing is ready.
5.
In the meantime, make the chutney by blending together yogurt, coriander, green chilies, garlic and salt.
6.
Warm up the roti either in Microwave or char grilling on the stove.
7.
Spoon the paneer-veggie taco stuffing on to each roti, the tacos are ready!
Tags:
5
Share Recipe
Share Recipe