Imly has come up with a winter menu that is perfect to savour this season. 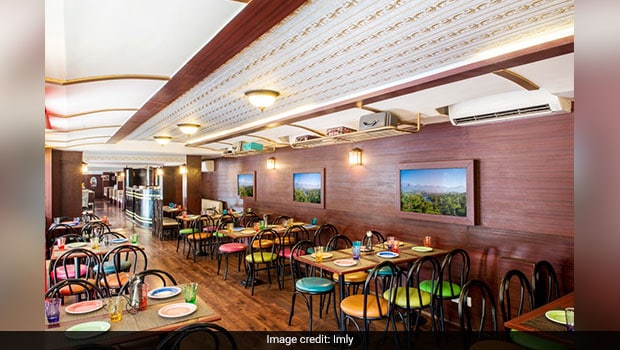 The winter season is here and we just want to trap ourselves in the comfort of our homes and snuggle inside the quilt. While the nip in the air might be a relief from the sweltering heat of summers, winters also bring out the lazy bums in us. And, that's when all the warm, seasonal foods come to our rescue and motivate us to step out. Often called the culinary capital of India, Delhi is popular for both its winter weather and the mouth-watering food that can make even the strongest, go weak in the knees. And, winters are the best time to sample the best the city has to offer. From sarson ka saag to gajar ka halwa, you'll get the best of seasonal delights in the city. Just like Imly restaurant's new winter menu across all outlets, that had us drooling over its season special treats.

From shakarkandi ki chaat, stuffed kulche to the quintessential sarson ka saag and makki ki roti, at Imly you will be spoilt for choice. With the best of north Indian cuisine on your platter, the big fat winter menu at Imly by Chef Vikram is making the most of seasonal produce bursting with authentic flavours and offers the perfect way to satiate your soul. We started with the street food-style starters with ram ladoo and bun tikki along with shakarkandi ki chaat that took us back to the bylanes of purani Dilli where we would stop after every few steps to savour the tangy chaats all along.

(Also Read: Warm Up For The Oncoming Season With The New Winter Special Menu At Anglow, Khan Market)

And, just when we thought we were done with the taste of old Delhi, we had the 'Purani Delhi's Special Kulhad Saag Chawal' that had us drooling. With a flavourful union of saag, palak, spices and rice, this dish served in a kulhad, topped with green chutney and pudina leaves, is a whole meal in itself.

While the saag chawal filled us up, there were rich curries and greasy Indian breads waiting to be devoured. Stuffed Amritsari kulcha topped with oodles of white butter served with chatpate chole was an eclectic mix of flavours. It was followed by rich and delicious paneer rogan josh served with methi paratha along with the sarson ka saag and makke ki roti that simply spelled winter for us. With lots of butter and the authentic taste of Punjab, the saag was simply irresistible.

Even though, we had our tummies full with the goodness of north Indian treats, the pan full of baked pasta called out the cheese lover in us. It had the perfect bake of cheese spread on the bed of red sauce penne pasta that reminded us why it can be one of the most amazing comfort foods this winter season. We concluded this gastronomical treat with a bowl of heart-warming gajar ka halwa and there couldn't have been a better ending to a sunny winter lunch.

With the chill outside, snuggling in the blanket and ordering in might entice you, but missing out on this winter fare can make you regret more. You can find this winter menu across all Imly outlets throughout December 2019 and January 2020.

The Chinese Hotpot Meal At TCK By The China Kitchen Is All That You Need In This Nippy Weather
Review: Kebabs, Gazpacho And Poke Bowls, DEL's Revamped Menu Is Offering Something For Every Palate