Amritsari Kulcha: How To Make This Signature Stuffed Bread At Home

Amritsari Kulcha or the crisp stuffed bread oozing with butter is one of Punjabs best culinary gifts to the food world. 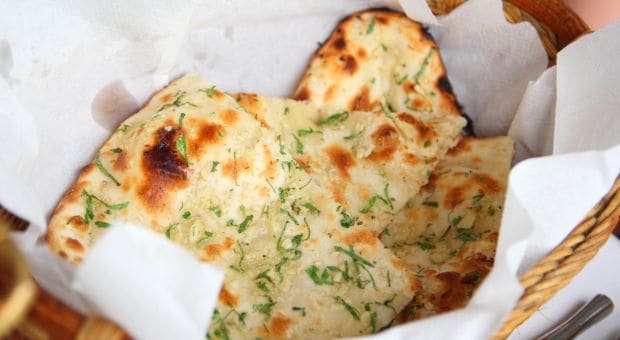 Highlights
Often  dubbed as the food capital of Punjab, Amritsar offers many signature dishes that are unique to the city. Be it the Amritsari Macchi, or the robust Chicken Tikkas flavoured with the choiciest of spices, the culinary sophistication and style of Amritsar has caught the fancy of many food historians and food lovers across country and even globally. One such famous street food in Punjab is the Amritsari Kulcha. The crisp stuffed bread oozing with butter is one of Punjab’s best culinary gifts to the food world.  Soft dough is usually stuffed with spiced mashed potatoes and cooked in a tandoor till it turns crisp on the outside and is later served hot with generous heaps of white butter.

Chef Sadaf Hussain, contestant of Master Chef India 2016, tells us, “Amritsari kulcha is a humble take on the famous Aloo ka Paratha and the regular Naan. The dough for these kulchas is made with self-rising flour and raising agents (like baking soda) which gives it the soft and chewy texture. It is then stuffed with spiced mashed potatoes. It can simply be cooked on a tawa or in a tandoor. The ease with which it can be prepared made it so popular.  The other variants of this have fruits or dry fruits stuffed in the naan along with meat or other vegetables like gobhi (cauliflower) and even paneer.”

In his book , ‘A historical Dictionary of Indian Food’, Food Historian KT Acharya writes that wheat breads like the kulcha and the sheermal are an intrinsic part of Kashmiri Cuisine. He also mentions how the same maida  batter of naan can be used for making kulcha just by adding more ghee in the batter which lends to it characteristic elasticity and chewy texture.

(Also Read:The Amritsari Kulcha Trail: Where to Get the Best?)

Kulchas can be plain or stuffed. Chef Sadaf says, “Kulchas are also famous in Peshwar, Kashmir and Delhi. The history of kulchas goes back to the Mughals and Nizams. In fact, it is said that the khansamas during Shah Jahan’s time used to stuff kulchas with vegetables and they made it popular inside the darbar. It was so delicious that it became the official bread for breakfast or lunch by the time Shah Jahan took to the throne. If we further go back in history, the most interesting anecdote around the kulcha has to be the Nizams of Hyderabad who used the humble kulcha as their official emblem on their flags, while the rest of the princely states vied after lions or elephants as their official insignia.” He adds, “I remember going to a friend’s place and asking his grandmother about the secret to making the best Amritsari parathas. She told me that the kulchas must be crispy from the outside and really moist on the inside. She told me to add baking powder and baking soda in the maida and knead it with yogurt, milk and oil. All these ingredients react well with maida to give it the texture that we want after the kulchas get baked.”

CommentsTo make a perfect kulcha at home take a deep-bottomed pressure cooker and put it on heat. Once it hits the desired temperature, stick the bread on the inside walls of cooker just the way you see in dhabas or streetside joints when they use a tandoor. You can team these breads with almost anything right from some sweet and chilli pickle, to saag, or sabzi or a decadent korma or meat curry. Try making them at home with this easy recipe of Amritsari Kulcha by Chef Surjan Singh