12 Interesting Mango Facts Even The Non Mango Lovers Would Enjoy!

From Alexander the Great to Mughal emperor Jehangir, the collective obsession for mangoes has unified kingdoms, solidified trade relations, influenced myths and folklores. It is hard to think even one fruit that has been even half so popular. 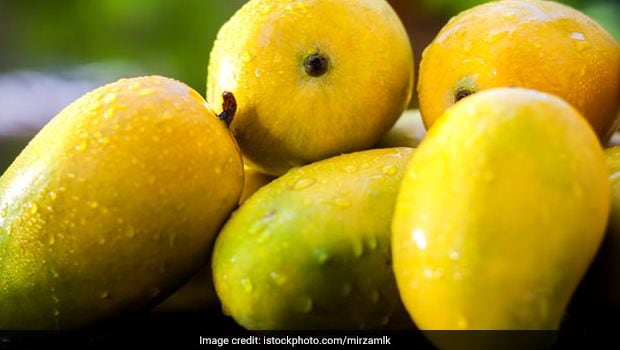 Highlights
The summers are here, or should we say the season of mangoes is here. Much like all the legendary things around the world, it is only when you have had a bite of the pulpy wonder can you understand the great hype surrounding it. Indians love their mangoes. And, the love is not only rooted in the fact that mangoes could possibly be one of the oldest fruits cultivated in the subcontinent. There are so many more reasons, why the 'king of fruits' has enjoyed such a massive fan following across all ages, class and various other social barriers. From Alexander the Great to Mughal emperor Jehangir, the collective obsession for mangoes has unified kingdoms, solidified trade relations, influenced myths and folklores. It is hard to think even one fruit that has been even half so popular. Here are 10 fascinating facts about mangoes that every foodie must know.

1. Mango is one of the oldest fruits known to India. Legends claim that they were first grown in India over 5,000 years ago. It is often said that the hills of north-eastern India adjoining Myanmar are likely centre of origin of mango.

2. Mangoes are of huge importance for Buddhists. They consider it sacred because the Buddha was accustomed to rest in the lush mango groves. Mangoes were also considered one of the best gifts to be exchanged amongst one another. Buddhists monks would also carry a few mangoes with them on their long expeditions, popularising the fruit.

3. It is said that the rich and pulp flavour of the fruit also caught the fancy of Alexander the Great, who upon his return to Greece, carried enough mangoes along.

Mangoes are one one of the oldest cultivated fruits

4.In South India, mangoes were referred to as aam-kaay in Tamil, which became maam-kaay owing to the many local dialects down south. Somewhere along the line, it started getting referred to as maanga. It was the Portuguese who finally gave it its present name 'mango,' and popularised it everywhere.

5. Hindu scriptures are filled with folklores and legends surrounding mangoes. In one of the oldest myths, mango is said to be the daughter of Sun God Surya. One day upon falling on ground from a mango tree. The mango turned into the beautiful princess Surya Bai. Charmed by her beauty and grace a king falls in love with her and vows to marry her. On seeing the newly wedded couple, the king's first wife curses and turns the princess into ashes. It is said that out of the ashes rose another magnificent mango tree. And, when one of the fruits fall on the ground, the princess reincarnated. The King also recognises the princess as his bride from the previous birth and the couple reunites.

6. According to the book, 'A Historical Dictionary of Indian Food', mango grafting was first used by Portuguese and yielded the famous varieties like Frenandin. The sea-faring Portuguese were so lured with the mangoes that they took the fruit and its seeds and introduced it to many other countries who had never tasted the fruit.

Mangoes were a favourite of Mughals

7.The Mughal Patronage also played a role in mango grafting. For the longest time, it was allowed only in royal gardens, until Shah Jahan lifted the limitation, notes the book 'A Historical Dictionary of Indian Food' by food historian KT Achaya. The earliest examples of grafting of mangoes in Mughal rule yielded varieties like Tota Puri, the Rataul and the ever-so delightful Kesar.

8.It is said that mangoes were a favourite of emperor Jehangir, who once famously said, that none of the fruits in Kabul could match up with the flavour of his much beloved mangoes.

(Also Read: 10 Popular Varieties of Mangoes in India & How to Identify Them)

9.One of the most loved variety of mangoes; the langda aam, was named after a lame farmer of Varanasi, who noticed the variety growing in his backyard. Soon people started referring to this variety of mangoes as langda aam. In Hindi, langda means lame.

12. In addition to India, mango is also the national fruit of India, Pakistan and Philippines.

CommentsPulpy, juicy and delectable, mango is a true star of the summer. Make sure you get a taste of as many as you can this season.