Known as 'posto' in Bengali, Poppy seed is a very important part of traditional delicacies of the cuisine. 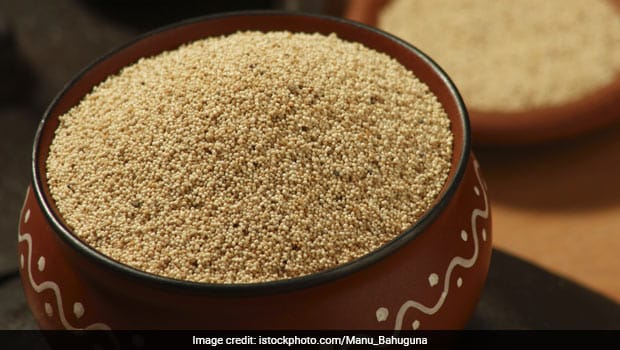 You cannot get high from eating poppy seeds

You go to any Bengali kitchen, one of the most common ingredients you will find there is a box of poppy seeds. Known as 'posto' in Bengali, it is a very important part of traditional delicacies of the cuisine. Although it is an important part of Indian cuisine, poppy seed was made popular in India by the Arab traders, according to food nutritionist K.T. Achaya. Poppy seeds or posto is known with other names - khus khus in Hindi, kasa kasa in Tamil, gasagase in Kannada and afu guti in Assamese. The nutty and earthy flavour of poppy seed makes it a significant part of any dish it is cooked with.

Other than its distinct flavour, posto is rich in antioxidants. According to 'Healing Foods' by DK Publishing House, it is loaded with iron, phosphorus and fibre, "as well as an array of B vitamins". Health Practitioner and Nutritionist Shilpa Arora ND says, "Poppy seeds are loaded with insoluble fibre, hence help in treating people suffering from chronic constipation. They also have a calming effect on our digestive systems. The oil derived from the seeds, if massaged around the stomach, relieves the body from flatulence and acidity." She added, "Chemical compounds found in these seeds lower cholesterol and high blood pressure. These seeds also relax the body and aid better sleep by calming the nervous system."

On that note, while the poppy plant (belonging to the Papaveraceae family) is known to be the source of opium, as per 'Healing Foods', "you cannot get high from eating poppy seeds because they are too small to chew thoroughly." It is always advisable to grind the seeds before culinary use to release their beneficial fats and nutrients.

Salt - As per taste

Grind poppy seeds and chilli on grinding stone (if not then mixer grinder, with some water)

Put it in a bowl and mash it well with onion, salt and mustard oil.

Have it with steam rice and relish!

Salt - as per taste

Mustard oil - to fry the fritters

Grind poppy seeds and red chilli on grinding stone (if not then mixer grinder, with some water).

Put it in a bowl and add ginger, onion, green chilli and salt to it.

Heat a kadhai and pour mustard oil in it.

Once the oil is hot, fry small fritters out of the mix.

You can have it as it is, or as an accompaniment with your 'dal-chawal'.

Grind poppy seeds and green chilli on grinding stone (if not then mixer grinder, with some water). Make a thin paste and keep aside.

Fry the potato and onion in a kadhai.

Once the potato and onion are fried, pour the paste, salt and sugar in the kadhai and mix well.

Pour half cup of water and cover the lid and let it cook on medium flame.

Once the potatoes are well cooked and the curry has light gravy, your aloo posto is all set to be served.

If you like the pungent smell of mustard oil, then pour one tablespoon of mustard oil on the gravy before pouring it in serving bowl from the kadhai.

Try these gut-friendly recipes made with poppy seeds and make your healthy diet more enjoyable!