Poppy Seeds: The Kitchen Ingredient, Beyond The Intoxication 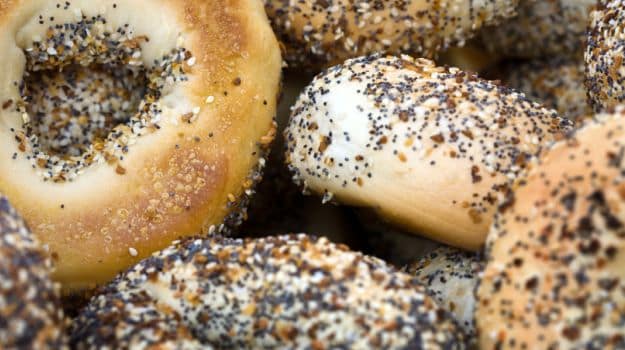 Poppy seeds (a form of oil seed) are quite a popular condiment and additive in foods across the world. In fact I remember how our Sunday afternoon meals would most often revolve around a paste made of poppy seeds and then spiced with a bit of salt, chopped onions, and green chillies. This paste would then be mixed with rice and a generous dose of mustard oil, and eaten, before moving on to the quintessential mutton curry. No wonder that the Bengalis cherish their Sunday afternoon siesta; the sleep-inducing poppy seeds would only encourage it.

While the poppy plant (belonging to the Papaveraceae family) is also known to be the source of opium, the seeds that are extracted from the pods are completely harmless. While its roots can be traced back to Egypt, it was through the Arab traders (ironic, isn't it?) that the seeds found popularity in Persia, and India, and then moving out to parts of Europe such as Germany, Turkey, France, Poland and so on. And it comes in different names; khus khus in Hindi, kasa kasa in Tamil, gasagase in Kannada, afu guti in Assamese, and posto in Bengali, among others.

What's even more interesting is that poppy seeds aren't available only in white, which is the more common version in India, but can be gray, black, and even a bit bluish! Across the world, and more so in India, the poppy seeds have found their way into many cuisines.

In Bengal, the white poppy seeds is much loved, and used in plenty of preparations. It is ground and cooked with potatoes and/or ridge gourd (Aloo Posto/Jhinge Posto), or eaten only as a paste, with chopped onions, chillies, mustard oil and rice. Yet another delicacy is the Posto Bora (deep-fried poppy paste). It's made with a thick poppy seed paste, flavoured with onion, chillies, mustard oil and a bit of salt, and then deep-fried. Poppy seeds make a good thickening agent too - often being added in curries, and even milk-based desserts such as Payasam/Kheer. A rather interesting Goan egg curry is made with poppy seeds, which also has tamarind in it.

In Maharashtra, it's used in making Pudachi Wadi, a snack made with poppy seeds, dried coconut, and onions and coriander, which is then stuffed inside a casing made with gram flour. A simple paratha made with poppy seed stuffing can be delicious with just pickle on the side. It's of course spiced with cumin, garam masala, chillies, heeng, chopped ginger and nigella seeds.

The Austrian strudel (again a sweet pastry) uses the seeds, and in fact it's used for stuffing, sprinkling, or as an additive in breads, cakes, bagels, and so on. In eastern Slovakia and Lithuania, blue poppy seeds paste plays an important role in the cooking of their traditional Christmas dinner. In Jewish and Middle-Eastern food, they are used in cakes, candies, and even for sprinkling on pretzels. Hamantashen, a baked Jewish dessert, calls for a poppy seed filling that's flavoured with milk, sugar, orange zest, raisins, lemon, brandy, orange liqueur, butter, and vanilla extract. Easily identified for its rectangular shape, it's quite a delicious sweet. However, you can even bake simpler cakes, muffins, sweet bread, and more with poppy seeds. And if you're not up to using it as a main ingredient, a bit of toasted poppy seeds can make an amazing garnish on most things.

No, not as an intoxicant, but poppy seeds do come with quite a bit of health benefits. It contains anti-oxidants, which solves quite a bit of our health problems. And that nutty flavour you get from the seeds is caused by all the fatty acids and essential volatile oils in the seeds, making it rich is oleic and linoleic acids. Now, oleic acid helps to lower the bad cholesterol, and increase the good cholesterol in our system. The seeds are also a good source for thiamin, pantothenic acid, pyridoxine, riboflavin, niacin, and folic acid.

Poppy seeds also contain minerals such as iron, calcium, potassium, manganese, copper, magnesium, and zinc. Therefore, your production of red blood cells is healthy, your digestive functions are balanced, etc. In fact, the manganese in poppy even helps in the production of collagen. If you suffer from joint pains and swelling, apply a paste made of poppy seeds on the affect area for relief. And the zinc in the seed actually boosts your immunity.

Now you must already know that dried poppy seeds also contain minimal quantities of opium alkaloids that include morphine and codeine, which is also why you might feel sleepy after eating too much of it. But these chemicals also act as painkillers, and are used in the making of medicines etc. In Ayurveda, it's said that poppy seeds cool the body down and prevent mouth ulcers caused by excessive body heat. It's recommended that one adds a bit of sugar to crushed poppy seeds, and eats them.

And here's a good one; poppy seeds are considered to be a natural medicine for skin rashes and dry itches. A paste of poppy seeds, mixed with a couple of drops of lime juice, when applied to the infected area can soothe your skin.

You can even make a paste with poppy seeds and milk and use it on your face as a moisturiser!