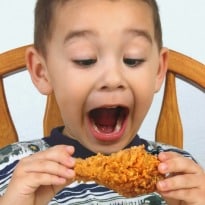 Anaemia is a blood disorder that is caused by a nutritional deficiency or blood loss. Typically, red blood cells (RBC) carry oxygen through the body using a protein called 'hemoglobin' and any shortage of the cells or hemoglobin results in anaemia.

According to a study that appeared in the International Journal of Applied and Basic Nutritional Sciences, anaemia is extremely common in North Indian children, especially those that fall under the affluent parts of society. Data indicates that anaemia is prevalent among affluent Indian families and it ranges from a significant 19 percent to a whopping 88 percent across five cities.

The study was conducted in the Delhi National Capital Region (NCR) region and the parents considered for the study were well aware of the importance of nutrition and were fairly accomplished to bear its cost as well.

Sanjeev Bagai, senior consultant pediatrician, vice chairman and director dean, Manipal hospital, Dwarka said, "The diets given to children are often loaded with fats and sugars and deficient in micronutrients. Moreover, the easy options of fast and processed foods further widen the daily gap in nutrition. Thus, mothers must take special care when it comes to monitoring their child's growth."

Other micronutrients which are widely deficient in the same group include folate, riboflavin, niacin, vitamin C, vitamin A, and vitamin B12. Bagai added, "Although the demands for energy and protein are met, the micronutrients like vitamins and minerals are often lacking in children's diet." Micronutrient deficiencies affect cognition and physical performance of children. There is also the potential for childhood micronutrient deficiencies to have long-term effects that affect health and productivity in adulthood.

Bagai said alongside a balance diet, including fortified foods and drinks in daily nutrition could improve the situation considerably.

"Micronutrients play an essential role in metabolic processes of our body. Generally required in small amounts, our body stores these micronutrients and their deficiency could lead to serious health complications in children," he said.

"Food based interventions like including nutrient rich vegetables, fruits and nuts can definitely help meet demands. Supplementation of micronutrients by including fortified drinks can go a long way in bridging the gap in daily nutrition," Bagai said.