Are You Trying To Cut Back On Salt? FSSAI Has The Perfect Tips For You

Food Safety and Standards Authority of Indian (FSSAI) has suggested ways to reduce salt-consumption with some easy tips and tricks. 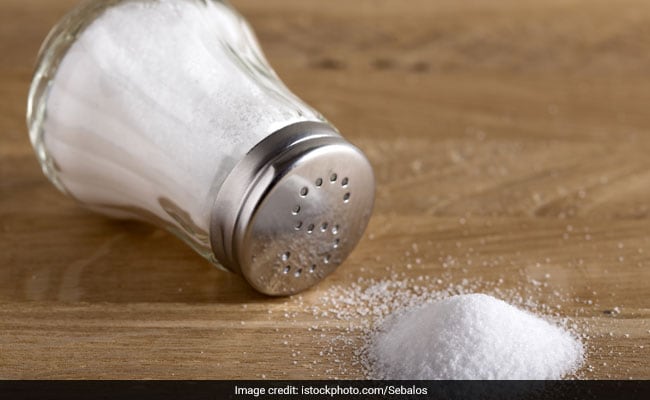 FSSAI has suggested some easy ways to reduce salt intake. Take a look!

Salt is one ingredient which can truly make or break a dish. Ask any expert chef and they will tell you how important salt is to a dish's taste. However, just like any other component of our diet - it is best consumed in moderation. We Indians tend to go overboard on our salt consumption, whether knowingly or not is a different matter. We try to overcompensate for the dish's taste by adding more salt than is necessary. But anything extra tends to do more harm than good.

Why Should We Cut Back On Salt? | Harmful Effects Of Eating Excess Salt

The World Health Organisation (WHO) recommends just 5 grams of salt as part of the daily diet, which is about one teaspoon a day. However, we often tend to exceed this limit. Excess consumption of salt is unadvisable for a number of reasons, as it leads to the body holding on to water which furthers many health problems. Your brain may feel groggy and overall dehydration may also be a result of overconsumption of salt. "Salt consumed in excessive amounts may cause an increased risk of heart disease, high BP, stroke and kidney diseases," says consultant nutritionist Rupali Datta.

(Also Read: How Much Salt Do You Need In A Day?)

Too much salt can be harmful to the body.

Food Safety and Standards Authority of Indian (FSSAI) has started a Twitter campaign to make Indians aware about how they may be over-consuming salt. Along with this, they shared easy tips for cutting back on the daily salt consumption.

Here are 5 tips by FSSAI for cutting back on salt:

Who says salt is the only way to add flavour to your diet? FSSAI suggests opting for alternative flavourings such as lemon, ajwain, black pepper or oregano. These spices enhance the taste without overpowering it.

(Also Read: Are You Sprinkling Excess Salt Over Your Food? Stop Now!)

Here's an easy tip to cut down on your salt consumption. Try this tip from today! #21DayChallenge#EatRight#HealthForAll#SwasthBharat@MoHFW_INDIA@mygovindia@PIB_India@MIB_India@drharshvardhanpic.twitter.com/ykJtgQuFBJ

Tip 2: Get Clever In The Kitchen

FSSAI recommended adding salt after food is cooked rather than during or after. This gives a saltier taste in comparison. Thus, you end up cutting back on salt which you would normally add in the early stages of the recipe.

Instead of adding salt to your food while cooking try adding it at the end. This way you will end up using less salt in the process of cooking. #21DayChallenge#EatRight#HealthForAll#SwasthBharat@MoHFW_INDIA@mygovindia@PIB_India@MIB_Indiapic.twitter.com/XRX7ZOqo0g

Certain food items may contain more salt than is recommended for you. Thus, it is vital to eat them only in moderation. FSSAI says the intake of foods like pickles, papad, sauces, chutneys and namkeens should be reduced in your daily diet.

(Also Read: 7 Foods That Are High In Salt, You Must Avoid These.)

Look out for foods that may have hidden salt in them! #21DayChallenge#EatRight#HealthForAll#SwasthBharat@mygovindia@MoHFW_INDIA@PIB_India@MIB_Indiapic.twitter.com/hv0QbCrSoW

The best way to cut back on salt is not to add it in the first place, where not necessary. For instance, many people add salt to their batters and doughs as well. FSSAI suggests this is unnecessary as it camouflages the natural sweetness of the grains.

Here's an easy way to cut back on salt!#21DayChallenge#EatRight#HealthForAll#SwasthBharat@PIB_India@MIB_India@mygovindia@MoHFW_INDIApic.twitter.com/UlvcyCIyzV

Avoid salt wherever possible, specially in salads, fruit and curd. Some foods are best had natural and they may taste even better without salt than you can imagine!

Practice these tips on a daily basis until they become incorporated in your daily life. There will be no looking back after this and you will slowly make your way to a healthier body and mind!