Too Much Salt Consumption Can Increase Stroke Risk in Teenagers 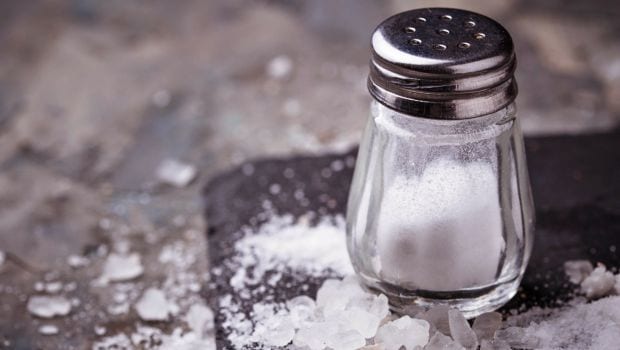 Highlights
Salt and too much of it has always been an issue. It is known to be an enemy of your heart and can put you at the risk of high cholesterol or hypertension. Surprisingly, these heart ailments which were once considered to age-related problems have now become common lifestyle diseases among the younger lot. A new study, conducted by the Researchers from Cincinnati Children's Hospital, warns that high consumption of salt as part of a teenager's diet can put him at an increased risk of cardiovascular disease, heart attack and even stroke in later life.

The team of experts examined 775 teenagers who were measured for the elasticity of their brachial artery (BrachD), blood vessel located in the upper arm.  Their pulse wave velocity (PWV) was also measured for differences in the speed at which the blood travells between their carotid artery in the neck and femoral artery in the groin.

Along with this, the amount of sodium these participants consumed was measured with the help of a self-reported, 3-day diet record. The results showed that higher average daily sodium intake was associated with lower BrachD (higher arterial stiffness) and higher PWV. The researchers also took into consideration factors like their age, race, sex, body-mass index and other blood electrolyte levels that could affect the readings.

(Also read: 8 Processed Foods to Avoid and Why)

Researchers explained that arterial stiffness which refers to the hardening of the arteries is a known risk factor for heart attack and stroke in adults. You can detect this condition by placing monitors on skin near major arteries in the arm, neck and the groin region. According to Elaine M Urbina, Director of Preventive Cardiology at Cincinnati Children's Hospital Medical Centre, the two readings indicated higher levels of stiffness in both peripheral arteries in the extremities, as well as in central arteries which has been tied to higher sodium consumption. These findings were presented at the 2017 Pediatric Academic Societies Meeting in San Francisco.

Promoted
Listen to the latest songs, only on JioSaavn.com
It is clear that we are consuming way too much salt not just by sprinkling extra over our food but mostly hidden in processed foods and high calorie fast foods. The choice of convenience over nutrition is definitely putting us at major health risks.

Tips for reducing your salt intake

CommentsAccording to the current guidelines of World Health Organization, adults should limit their salt intake to less than 5 grams (about one teaspoon) per day. Besides this, you should keep yourself hydrated at all times especially in summers as dehydration is linked with an imbalance of electrolytes in the body including sodium. Read the labels of processed and packaged foods you buy to know the hidden salt content. Choose healthier alternatives to the table salt like rock salt, Himalayan salt or the sea salt.