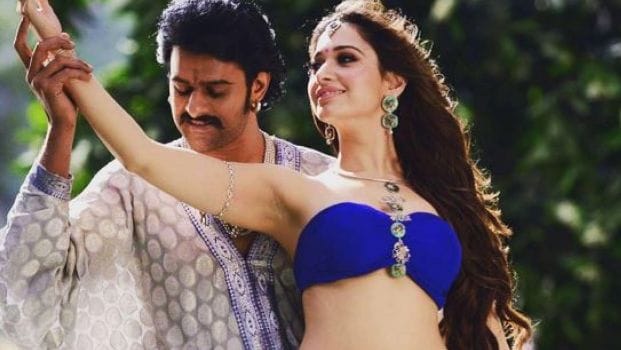 'Bahubali: The Beginning' did a record breaking business at the time of its release, two years back, garnering around 600 crores at the box office. Baahubali 2 went even further and surpassed the lifetime collections of its previous installment and becams the biggest blockbuster of the year.

If Prabhas and Rana Dagubatti flexed their muscles and gave us the most jaw-dropping fight and action sequences, Tamannaah Bhatia was no less in matching shoulders with the men in terms of  action. She plays the role of the warrior beauty Avanthika and has impressed everybody with her rebellious guerilla warfare against the emperor Bhallala Deva portrayed by Rana Daggubati.

Tamannaah Bhatia, a renowned South Indian and Hindi film actress and model started off her acting career at the tender age of 15 with a Bollywood film, Chand Sa Roshan Chehra in 2005. She also appeared in a music video with singer Abhijeet Sawant in the same year. She then moved to South India to test her fortune and became an overnight sensation with a refreshing college-flick Happy Days. Her svelte body and radiant skin made Tamannaah the quintessential girl-next-door and fans immediately fell for her.

So, how does this beautiful actress keep herself fit? Tamannaah starts the day by consuming a handful of soaked almonds and a glass of lukewarm water along with honey and a pinch of lemon juice. This helps in removing all the toxins and charges her up for the day. Tamannaah also keeps drinking water and other fluids such as juices, coconut water  and soups to keep herself hydrated. For her glowing skin, Tamannaah uses homemade face-packs made of besan, turmeric and neem leaves as often as possible.(Also read: Body Care Tips: 9 Natural Solutions for All Your Beauty Problems)

Tamannaah who is usually shooting outdoors round the year also relies on yogurt to keep herself cool through the shoots and hectic long hours. Tamannaah loves binging on fried food and desserts like ice-creams and chocolates on her cheat days, but as a conscientious fitness freak, she keeps a check on her indulgences for the rest of the days.

(Also Read: What to Eat After a Workout at the Gym: 5 Easy Tips)

CommentsTamannaah makes sures she hits the gym daily. She sticks to the routine charted by her fitness trainer. Her regime consists of weights, abs, crunches, cardio, and a series of free hand exercises. She spends at least an hour in the gym doing her routine. Apart from her routine, the actress also loves doing Yoga. We can’t wait for the pretty actress to take the screens by storm yet again with Bahubali-2.