Batasha, the Sweet Candy That's the Most Favourite Temple Food

Batashas are autumn confections, when sugar cane in large parts of the country is harvested and a period of religious festivities begins. 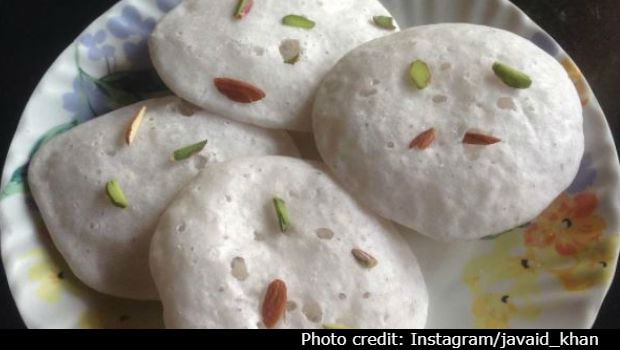 "Religious foods", as I call them, sweets and savouries that are part of fasting and feasting rituals, are interesting because they often show up histories of ingredients that we may have long forgotten. In a large part of the Indo-gangetic plain, autumn is the season for batashas - simple, aerated sugar confections often thought to resemble meringues, even though no egg white is used to make these. For many of us, these may be fairly commonplace. Temples, gurudwaras and even small altars at home always have them handy to be given out as blessed offerings, all year round. But that's only because the sugar confections are not only cheap to make but also because they can be stored for almost indefinite periods of time.

However, forget their year-round usage, batashas are autumn confections, when sugar cane in large parts of the country is harvested and a period of religious festivities begins marking the Agrarian calendar. For the nine days of Navratras that precede Dussehra in the Hindi heartland, batashas dipped in ghee are what is offered to the fire as a ritual to ensure prosperity through the new Agrarian cycle.

Then, on Diwali, kheel, from the new paddy, and batashas, from sugar cane harvested in autumn, once more gain ritualistic centrestage. Despite the new excesses associated with the festival of lights, it was these relatively humble foods that marked the festivities traditionally. In UP, Bihar and Bengal, batashas were also fashioned into animal figures and dolls and these sugar toys became an intrinsic part of the Diwali tradition too, signifying the harvest and hopes of prosperity.

While such confections may seem humble today, batashas were almost certainly quite favoured by the moneyed for their taste and light texture in the medieval ages. Sugar was not the cheap commodity it is today and was still a valuable spice, introduced to Europe from India by the Arabs, who had devised new ways of refining it. While unrefined gur and khand were popularly used in rural areas, misri (crystals first made in Misr, or Egypt, apparently) and batasha were more exotic forms of sugar consumed by richer folk, it would seem.

That would certainly explain why batashas even figure in the popular telling of the meeting between Jehangir and the future Noor Jehan. At the Meena Bazaar set up in the royal harem to amuse the ladies, the batasha stall was what apparently drew Mehr-un-Nissa, the lady in waiting to the dowager empress. She had her mouth stuffed with batashas, the story goes, when Saleem saw her and expressed his romantic interest!

It's a sweet story in more than one ways even if we can not establish its veracity. What is true, however, is the symbolism of the coin shaped, sweet batasha as a symbol of plenty, cutting across religious lines. That is why entire garlands of batashas were also used to adorn bridgegrooms!

How is the batasha made? It's a simple process in which sugar is boiled in water till the syrup reaches a harder consistency. Soda bicarbonate is added to aerate this syurp and the chashni is dropped on to sheets in little coin shapes. Voila.

Despite the new disenchantment with sugar, sugar cane has been one of India's oldest crops. While unrefined sugar with molasses still in it (jaggery) was a popular sweetener and continues to be, factory made white sugar was only introduced to the country in the late 19th century by the Dutch. The cheap factory produced sugar may have overtaken the world, but charming traditions of handmade confections like batashas and old crystalisation processes like misri, both of which have been included in the line-up of our many religious foods, point to an older agrarian world where ingredients and flavours were more prized, more elusive and more seasonal.