Buckwheat Vs Wheat: Which One Is A Healthier Option? Expert Reveals

There has been a lot of debate in the food space for a long time that if buckwheat is healthier than wheat or vice versa. Let's compare the two. 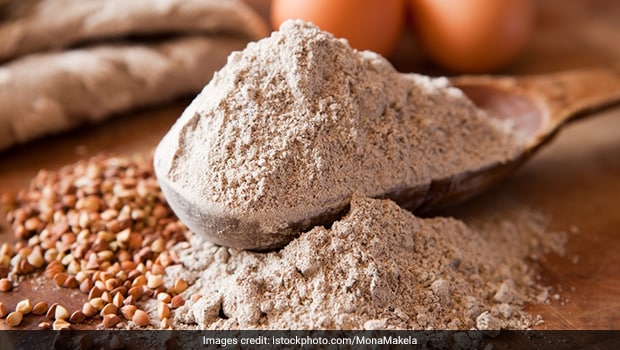 Experts who claim that buckwheat is a lighter food than wheat and is thus a better option.

Wheat is one of the world's staple foods; billions of people across the world eat it daily. It is the most common cereal grain after rice that can be found in cuisines across the globe. Wheat is a seed of a grass, but botanically, it is a fruit called a Caryopsis. On the other hand, buckwheat is a seed of Asian origin. It is not a grass like wheat and is called a pseudo cereal because of its use in the culinary world where we use it as a cereal and not like a seed. It has gained popularity in recent times because of its rediscovered nutritional benefits.

There has been a lot of debate in the food space for a long time that if buckwheat is healthier than wheat or vice versa. While some say that wheat has more health benefits than buckwheat, others have a different take on the topic. And then, there are some health experts who claim that buckwheat is a lighter food than wheat and is thus a better option. Let's compare the two on nutritional parameters.

Wheat Vs Buckwheat: Which One Is Healthier?

Carbs In Wheat And Buckwheat

Both contain a good quantity of carbs. Carbs are the chief source of energy for our body and whole grains are the healthiest source of carbs in our diet. Glycaemic Index (GI) that defines how soon the carbs are converted to glucose; GI of wheat is higher than Buckwheat.

Verdict: Although buckwheat has low GI, both wheat and buckwheat are equally good for carb content.

Fibre In Wheat And Buckwheat

Fibre is an important nutrient that protects us from a number of non-communicable diseases and also helps manage weight by helping achieve early satiety. Both these grains provide good quantity of fibre and are healthy whole grains.

Verdict: Both are good.

Proteins In Wheat And Buckwheat

Cereals aren't usually seen as a source of protein because the quantity and quality is not up to the mark. Both wheat and buckwheat have low Lysine, an essential Amino acid; however, buckwheat has a higher quantity as compared. Buckwheat is also gluten free, a protein linked to celiac disease and gluten intolerance. Absorption of proteins from wheat have been found to be good.

Verdict: Buckwheat is gluten free, making it a healthy alternative for wheat. Protein quality and quantity are comparable.

Micronutrients In Wheat And Buckwheat

Buckwheat is high in magnesium that helps maintain a healthy immune system, keeps the heart beats steady and is involved in maintaining normal nerve and muscle functions. Selenium is high in wheat and is involved in maintaining the thyroid hormones, DNA synthesis, in addition to protection against free radicals. Both contain good quantities of phosphorus, which is found in every cell of our body and is an essential mineral for our bone and teeth health. Both are high in potassium too and are almost sodium free, which means that both the food items are ideal for Hypertensives.

Verdict: Both grains provide vitamins like folate, thiamine, niacin and pantothenic acid, all of which are needed for energy metabolism. Buckwheat is higher in niacin as compared to whole wheat.

(Also Read: Kick-Start Your Mornings With These Healthy Kuttu Recipes For Breakfast)

Buckwheat has an edge when it comes to micronutrients and antioxidants.

Antioxidants In Wheat And Buckwheat

Both whole grains contain a good amount of phytochemicals that act as antioxidants in our body, protecting it from oxidative damage caused by free radicals. Whole grains are usually considered to be good sources of antioxidants, but the truth is different. While buckwheat contains rutin and quercetin, wheat contains carotenoids, phenolic acids, tocopherols. Buckwheat has the highest free radical scavenging capability among grains.

Verdict: Whole grains are good sources of antioxidants and should be consumed daily. Buckwheat, with its good free radical scavenging capability, has an edge here.

Both whole grains are nutritionally good and bring benefits for overall health and protection against non-communicable diseases. In recent times, there has been a discontent towards wheat but we forget that the problem isn't wheat, but the way we have started using it. We use the refined version and we eat too much of it. Buckwheat and other cereals must be made a part of our food choices as it has been the tradition in the past. Eat wheat, choose whole wheat, but ensure that at least one meal in a day or in two days has buckwheat as the main cereal; don't forget it after Navratri fasts.