Add buckwheat in Navratri 2020 fast foods with these delicious ways. 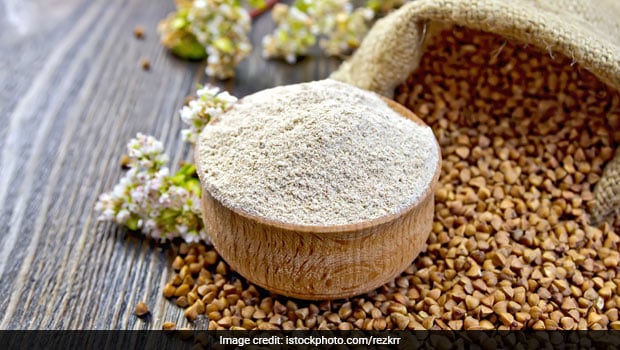 Navratri 2020: Buckwheat is the most well-known and widely used pseudo-cereal in India

The most well-known and widely used pseudo-cereal in India, Buckwheat (kuttu) is the first food that comes to mind when one thinks of the Navratri fasts. It is commonly used as a coarse-ground flour to make puris and parathas during fasts. Now that Navratri 2020 is here, a lot of people would start making use of this ingredient in a number of dishes. For instance, kuttu puris are paired with other Navratri special delights like sabudana kheer etc.

Did you know that Buckwheat does not come from the same family as wheat and is not a cereal grain? This is the reason that it can be consumed during fasting periods. However, due to the high carbohydrate content of its seeds it is commonly used as a cereal.

Though traditionally used, Buckwheat (kuttu) is not exclusive to Indian cuisine. Several dishes such as Japanese Soba noodles, Russian Blini and the Ukrainian Kasha use Buckwheat as their core ingredient.

7 Reasons You Should Include This Superfood in Your Diet:

1. Minerals: Buckwheat starch differs from that found in cereals as it is richer in minerals and proteins. One 30g serving of buckwheat flour can provide 16% of the day's need of phosphorus and 22% of the daily requirement of magnesium for an adult man. Phosphorus plays a major role in the utilisation of energy in the body, and in muscle contractions. Buckwheat contains several other minerals such as selenium, zinc, copper and potassium.

Navratri 2020: Buckwheat pancakes are the healthiest option for Navratri season.

2. Amino Acids: Buckwheat contains most essential amino acids, making it a good quality protein source. It is rich in arginine and lysine, amino acids that are generally deficient in most cereal grains. Buckwheat proteins have been associated with suppressing factors that cause colon and breast cancer.

3. Gluten Free: It is a gluten free staple that can be bought easily all-year round. Those sensitive to gluten also benefit from Buckwheat's excellent amino acid composition – it helps make up for the lack of protein intake from wheat and other cereals.

Navratri 2020: Japanese soba noodles are a must to have this Navratri.

5. Antioxidants: Several studies have found that phenolic compounds possess antioxidant effects. Rutin, a flavonoid, is one of the main compounds that contribute to antioxidant activity of Buckwheat. Rutin has also been associated with helping lower blood pressure and serum LDL (bad cholesterol) concentrations.

Navratri 2020: Rutin present in buckwheat can prevent the formation of blood clot.

6. Diabetic Friendly: Another feature that makes Buckwheat a superfood is its low Glycaemic Index, despite the high carbohydrate content. Buckwheat has a GI of 49-51. This makes it a good choice for diabetics, and those suffering from metabolic syndrome and PCOS. Fagopyritols found in buckwheat act as insulin mediators and may be used in the treatment of diabetes and PCOS. Because of the low GI of Buckwheat, combining potatoes with it while fasting helps lower the overall glycaemic load of the meal.

7. Buckwheat is a storehouse of B vitamins, especially Thiamine, riboflavin, vitamin B6 and folate. Thiamine helps convert carbohydrates into energy that can be used by body processes, while Riboflavin helps metabolize fats and proteins.

How to Use This Superfood?

Buckwheat (Kuttu ka atta) is a versatile flour substitute. Use it to make papdi, chapatti, parantha or puri. It can also be used to make a panjiri, peda or burfi for those sweet cravings while fasting. Porridge made from buckwheat groats is an excellent substitute for all the fried foodstuffs consumed during Navratri.

Promoted
Listen to the latest songs, only on JioSaavn.com
Tips for Cooking Buckwheat:

Cooking reduces the amount of resistant starch in Buckwheat, hence methods that involve lower temperatures and cooking times are desirable.

Being high in fiber, buckwheat absorbs water from the digestive tract. Thus, it's advisable to have lots of fluids on the days one consumes Buckwheat.

Here are some exciting kuttu recipes for Navratri 2020:

Navratri 2020: Potato filled dosa, the batter of which is made of buckwheat flour and colocasia.

Navratri 2020: Coated with a flavourful batter made of buckwheat flour, cumin and anardana.

Navratri 2020: Goes very well with curd as kuttu tends to generate warmth in our body.

Beyond Navratri 2020 fasting, Buckwheat (kuttu) should be a common ingredient in every Indian kitchen. It's an excellent choice to break the monotony of the usual staples routine, and a guilt-free baking substitute for refined flour.