Navratri: Why Is Haldi (Turmeric) Omitted From Vrat Foods? Here's The Facts 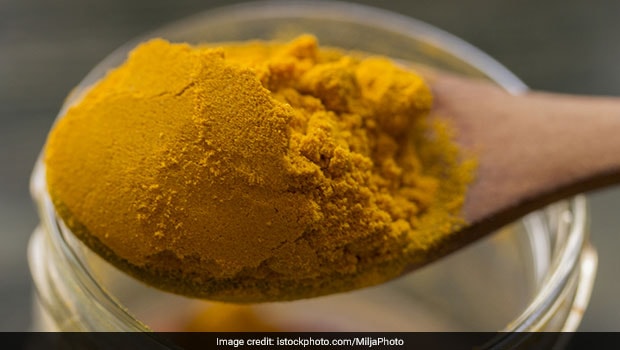 Chaitra Navratri 2019 started on April 6th, 2019 and will go on till April 14th, 2019. The nine days of the festival are when Hindu devotees of the female Goddess and her avatars observe ritual prayers and observe fasts. Chaitra Navratri marks the beginning of the Hindu Luni-solar calendar and is one of the four annual Navratris observed by people in certain regions in India. Chaitra Navratri coincides with the Marathi New Year Gudi Padwa and the Telugu New Year Ugadi.One of the most important rituals of the Navratri is the observance of fast, wherein people refrain from eating non-vegetarian food and only eat foods made from a handful of food grains and spices. Fruits and dairy products are also allowed during Navratri, but wheat flour is not. One of the spices that people generally refrain from eating during Navratri is turmeric, or haldi.

Haldi is a central spice in Indian cooking and most of our vegetarian and non-vegetarian dishes feature this antioxidant-rich spice. Haldi, or turmeric, has been gaining popularity in the West as well for its numerous health benefits, which includes fighting inflammation, boosting immunity and keeping the skin healthy. But during the Navratris, a lot of people keep haldi out of their vrat (fasting) preparations. Why is the much-celebrated golden spice left out during this period of fasting? Let us break down the various beliefs and health facts about this practice.

Chaitra Navratri 2019: A lot of people keep haldi out of their vrat (fasting) preparations

Navratri 2019: Should Turmeric Be Kept Out Of Vrat Foods?

Chaitra Navratri is the time of fasting not just because it is a Holy time, but also because we have had a tradition of starting the lunar calendar by detoxing our bodies and cleansing it of toxins. The fasting period is claimed to have a number of health benefits. The nine days of fast are said to make your body feel lighter and prepare it for the long summer months. The foods that are added and omitted from the fasting diet have been decided according to the principles of the ancient Indian "science" of Ayurveda, which divides foods into three different categories, based on the effect they have on our bodies. The three categories of foods include - Sattvik, Rajasik and Tamasik foods.

Sattvik foods are the ones that are included in Navratri fasting meals, as these are the foods that are believed to provide the body with energy and vitality. These foods are said to be pure and clean. Rajasic and tamasic foods, on the other hand, are referred to as negative foods by Ayurveda and these foods are said to make the body feel heavy and bloated. Turmeric is a spice that is considered Sattvic in nature, but due to its bitter taste and tendency to generate warmth inside the body, it is omitted from the fasting diet. Turmeric and its use is, therefore, more popular during winters. However, it is a perfectly healthy Sattvic spice that you may include in your summer diet as well.

Also Read: Navratri 2019: 5 Potato Or Aloo Recipes You Can Enjoy While Fasting For Chaitra Navratri

Chaitra Navratri 2019: Turmeric is a spice that is considered Sattvic in nature

Consultant nutritionist, Dr. Rupali Datta, says, "You can consume haldi through summers and you must (do so), because it has anti-oxidant, anti-bacterial and anti-fungal properties." So, there you have it. If you're on a fast during the nine days of Chaitra Navratri 2019, then you may add haldi to your diet, without worrying about any adverse impacts on your health.