What is a Saatvik Diet and Should You Follow It? 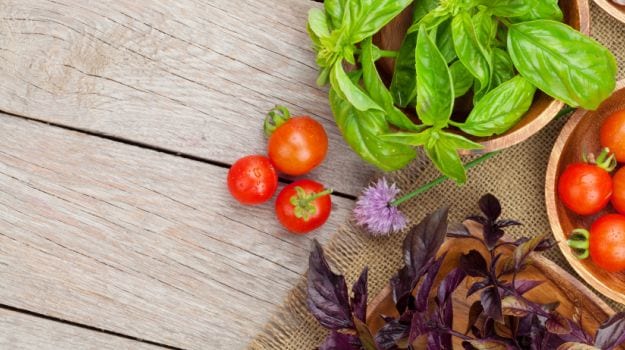 Childhood memories, how we longed to buy those crisps from the school canteen but mom forbade us. For she believed nothing can beat the healthy tiffin of fresh homemade food. Even paneer was never bought from the store; it was always made at home by curdling milk. But back then, she did not know what organic food was. She wasn't well versed with Ayurveda either, so no question of her knowing Saatvik food too. Which makes me wonder, how could she understand with such conviction that packaged and processed foods are unhealthy and everything should be fresh?

Maybe her mother told her so, and maybe my grandmother's mother told her the same. These virtues have been passed onto us through generations. And we have been following them without actually reasoning it. But these virtues are getting diluted with time. We now prefer convenience over nutrition.

And as George Bernard Shaw quoted "There is no love sincerer than the love of food", it's time we pay heed to what is on our plate.

And what kind of diet can be more sincere than a Saatvik diet?

The term "Organic" refers to the way agricultural products are grown and processed.

- They must be grown in safe soil

- They have no modifications

- They must remain separate from conventional products

- There is no use of synthetic pesticides, GMOs (bioengineered genes) or petroleum based fertilizers

Similarly, organic livestock must have access to the outdoors and be given organic feed. They may not be given antibiotics, growth hormones, or any animal-by-products. Unlike organic food, Saatvik regimen does not include non-vegetarian food. But like organic food, Saatvik diet must include naturally grown foods that are ripened and harvested according to nature. That means only seasonal products are included in Saatvik regimen. Thus, both organic and Saatvik diets promote harmony with nature.

But what is a Saatvik Diet? While doing some research to try to understand this, I came across some heavyweight words. Let me first familiarize you with these.

Rajas - It means one that is agitated, sensual, passionate, moving and emotional.

Dosha - As per Ayurveda, each of three energies (Vata, Pitta and Kapha) believed to circulate in the body govern physiological activity. Their differing proportions determine individual temperament and physical constitution. In simple words, doshas are these three attributes or energies that make up every individual.

Pitta - Energy that controls the body's metabolic systems, including digestion, absorption, nutrition and your body's temperature.

Kapha - Energy that controls growth in the body. It supplies water to all body parts, moisturizes the skin and maintains the immune system.

Garlic is not considered a part of a saatvik diet

In Ayurveda, there are three fundamental gunas or attributes.

Sattvic foods are fresh, juicy, light, nourishing and tasty. These foods give necessary energy to the body without taxing it.

Tamasic foods consume a large amount of energy while being digested. They are dry, old, bad smelling, decaying, distasteful and unpalatable.

So What is a Sattvik Diet?

Saatvik is derived from a Sanskrit word "Sattva". Sattva is a concept from Indian Yogic philosophy. It means one that is pure, true, ethical, energetic, clean, strong, wise and vital. Thus, a Saatvik diet is meant to include foods which comply to its meaning. The meaning also extends to the eating habits; like the habit of eating in moderation (to avoid overeating).

Eat in small portions to avoid over eating

According to Ayurveda, Saatvik foods are important to maintain the balance of a healthy mind and body. And to maintain this balance, Ayurveda states to eat according to one's dosha. These doshas correspond to our physical and personality traits. Our bodies are made up of three doshas: Vata, Pitta and Kapha. We should be eating in accordance to these, so we don't aggravate or imbalance our mind-body.

Many people confuse this diet, as a diet of raw and uncooked food. In fact, Saatvik diet is a regimen that emphasizes on both raw and cooked seasonal foods such as fruits, dairy products, nuts, seeds, oils, ripe vegetables (except onion and garlic), legumes, and whole grains. Since this regimen empowers virtues, such as Ahimsa (non-violence), it only includes vegetarian proteins hereby not harming nature and all its living beings.

All processed foods, stale, overcooked and over spiced foods are considered Tamasic (destructive). And unlike another popular notion, Saatvik food is not bland and tasteless. It is meant to include all the six flavors - sweet, salt, bitter, sour, pungent and astringent. Each meal is supposed to cater to all these vital flavors.

Some things to keep in mind when preparing Saatvik food -

- It is always freshly cooked and simple.

- Food should be combined to get nutrients from a variety of sources.

- It forbids consumption of packaged, canned and processed food in any form.

- Just the enough amount of food is prepared so that there is no food wastage.

- The food should be chewed properly, eaten at a moderate pace and not rushed.

- And last but not the least, food is prepared with love and gratitude before consumption.

Why are onion and garlic excluded from this diet?

Garlic and onion and other vegetables from the same family are not included because as per Ayurveda, they induce aggravation, agitation, anxiety and aggression. Thus, they are harmful physically, emotionally, mentally and spiritually. And also for the simple reason that they produce offensive breath and body odour. This fact is even recognized by the Chinese culture, which is as old as our civilization.

Onion is not considered a part of a saatvik diet

Why only seasonal produce is included in this diet?

Though due to advanced technologies of food production, all the natural produce is available throughout the year, Saatvik diet recommends seasonal food for a simple reason.

Fresh, locally harvested foods have their full, whole flavors intact, which they release to us when we eat them. Thus, the food is tasty and more nutritious rather than the produce, which has been put in cold storage and induced with chemical gases for preservation. Buying seasonal food would also be easy on your wallet.

Everything we eat is food for the soul. And for our soul to be clean, virtuous and true, the food should also be sourced, prepared and consumed in the same manner. I would say that there is no better time to follow this regimen than the ongoing Vasanta Navrataras.

The nine days of Navratri are considered to be very auspicious and also an opportunity to surrender in prayer and seek god with purity and grace. And this purity should reflect in our food also.


About the author: Chef Kunal Kapur is a well-recognized Indian celebrity chef, restaurateur, and media personality known for his food-focused television shows, cookbook and most recently hosting High dignitary events in the country.