Christmas 2016: 10 Things You Didn't Know About the Festival 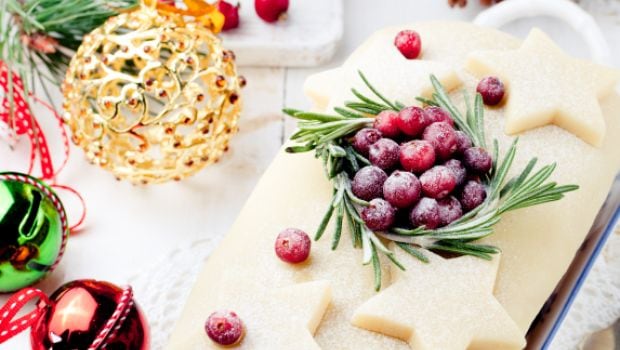 It's that time of the year again. Bring out the ringing bells, Xmas gifts, rum and mulled wine along with delectable savouries and mouthwatering plum cakes and desserts. Besides jolly merriment, loads of baking, family time and pretty decorations make way for some quirky facts about the merry festival. We bet you didn't know these fun facts, or did you?

1) Your Christmas feast takes 295 days to grow
According to a research study, it takes the seasonal vegetables and turkey ten months to grow before it's ready for the festive feast. On the other hand, it just takes 30 minutes to polish off this grand feast.

3)  The largest turkey
On record it weighed 86 pounds, about the size of a large dog.
According to statistics, twenty-two million turkeys are consumed each year at Christmas, compared to 45 million at Thanksgiving.

4) Watch your salt intake
On an average, the salt RDA is 5gm but on Christmas day, dinner contains about 8.87gm of salt.

5) Christmas colours
Always wondered why Santa is red and the Christmas tree is green with gold and silver ornaments? Well, these traditions come from western and northern European customs. Green is the colour of holly and mistletoe which symbolize life and rebirth, red is the colour of love and energy which symbolizes the blood of Christ, and gold represents light, wealth and royalty.

6) 'On a silver dish the Christmas pudding reposed in its glory'
According to folklore, the pudding was traditionally made with 13 ingredients to represent Jesus and his disciples, and is always stirred from east to west in honour of the three wise men who visited baby Jesus.

The tradition says - Christmas pudding should contain four tokens to foretell the future: a coin, a thimble, a ring and a button. It was believed if you got one of the latter two, you're doomed to be single for another year!

7) Stir-up Sunday
The last Sunday before the season of Advent is traditionally the day for families to make Christmas pudding, giving the pudding plenty of time to develop flavours before Christmas. Traditionally, members of the family take turns and stir the pudding, whilst making a wish.

8) Sweet, sweet candy canes
Christmas candy cane originated in Germany about 250 years ago. A story says that a choirmaster at the Cologne Cathedral handed out the sugar sticks among children to keep them quiet during a ceremony. He wanted to remind them of shepherds that visited baby Jesus at the first Christmas, so he made them into a 'J' shape.

According to age-old tales, the white of the cane represents the purity of Jesus Christ, the red stripe symbolizes the blood he shed when he died on the cross and the peppermint flavour represents the hyssop plant that was used for purifying in the Bible.

10) Buche de Noel
A traditional cake, Buche de Noel is of French origin. The name translates to 'Christmas log', symbolizing the belief that a large log should burn continuously on Christmas night and if it goes out, it means bad luck in the coming year. Traditionally, the next morning, ashes from the log are scooped up and kept as a good luck charm to heal sickness and to guarantee success in business.