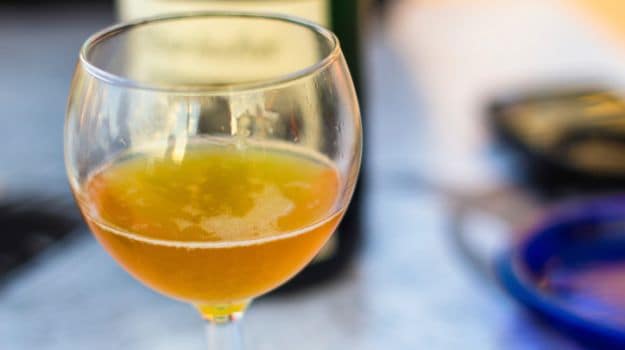 "I've heard the term cider snob," Ben Sandler said, "but I haven't met one yet."

When he does finally meet one (that seems inevitable), it will most likely be in his bar and restaurant, Wassail, which he recently opened on the Lower East Side of Manhattan with his wife, Jennifer Lim, and another business partner, Sabine Hrechdakian. Wassail has a dozen hard ciders on draft, five by the glass and more than 80 in bottles, from cider makers in Chile, England, France, Ireland, Spain and the United States.

The bar (on Orchard Street, appropriately enough) is the bricks-and-mortar affirmation of a fermented-cider revival that has fueled a rapid growth in producers, drinkers and other cider bars, including Bushwhacker Cider in Portland, Oregon; Upcider in San Francisco; and Capitol Cider in Seattle. Even big brewers like MillerCoors and Anheuser-Busch have begun turning out ciders.

You won't find those corporate products at Wassail. Its list is more epicurean and discriminating. And, at least during the bar's early days, so is the clientele. Though beer and wine are available, on a few recent evenings most customers had come for the cider. "I think a lot of people have been waiting for us to open," Lim said.

Who goes to a cider bar? Most of the patrons weren't exactly cider virgins.

"The Basques tend to be my favorite," said Kay Michaels of Weehawken, New Jersey. "The Asturias are higher in acid, but the Basques have a little more funk and sweetness." Michaels, half of the team that runs the blog United States of Cider, had been to the Queens Kickshaw, the cafe in Astoria, Queens, owned by Sandler and Lim, which also sells a large number of ciders.

Sitting with Michaels was William Imre. "I'm drinking French-style ciders today, which I find fantastic," he said. "They have this really nice, funky, sweet balance to them."

Another customer, Jimmy Chandler, discovered the pleasures of fermented apples in 2013 during "Cider Week," when a neighborhood bar offered several types by the glass. "When I go out to a bar with friends, I don't drink beer," he said. "Sometimes I'll have a glass of wine or cider. But usually the cider they serve is not very good." He came to Wassail expecting greater choice.

His friend Garrett Lang lived in Spain for a time, where he tasted that country's unusual, musty ciders, a couple of which Wassail has on tap. Naturally fermented, they are typically given a high theatrical pour by bartenders. "The aeration makes a big difference in the flavor," Lang said. "Similar to putting a drop of water into whiskey, it changes the profile." (Lim called the Spanish style "the bullfighting of cider.")

The Spanish ciders have been a bit of a hit, surprising the owners. "It shows a certain adventurousness" in the patrons, Hrechdakian said, "because they are challenging ciders." (There's also a selection of cocktails, with cider and without, and a nonalcoholic cider on tap.)

Still, not everyone coming to Wassail is a budding cider smarty-pants. The head bartender, Jade Brown-Godfrey, said she fielded regular requests for the mass-produced ciders that Wassail doesn't carry. In this respect, Wassail is not unlike early craft cocktail bars where mixologists spent a lot of their time talking people out of vodka-and-tonics.

But you can find Angry Orchard and Woodchuck at the corner bodega these days. At Wassail, Farnum Hill, a cider maker in New Hampshire, will regularly furnish kegs of limited-batch ciders sold nowhere else.

"For me, this is a destination," Michaels said. "There's nowhere you can go and try this many ciders."

In a mixing glass filled three-quarters with ice, stir the Suze, Calvados and Pommeau until chilled, about 30 seconds. Strain into a chilled coupe glass. Top with cider. Twist grapefruit peel over drink and garnish with peel.