Coconut Flour: The Gluten-Free Protein Rich Flour That Can Be Made At Home 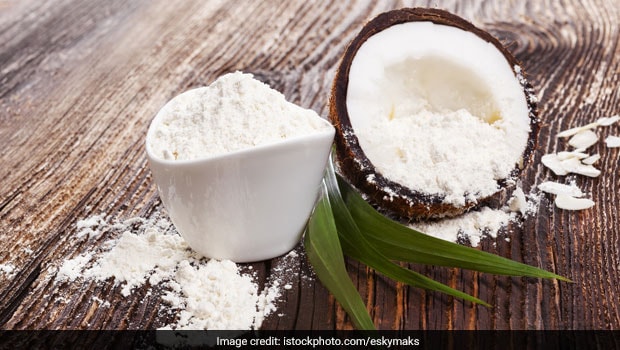 Coconut is one of the most nutritious foods out there and a number of products of this fruit are used in cooking. This includes coconut oil, coconut milk, as well as the new gluten-free, grain-free and keto-friendly flour - coconut flour. With the rise of the ketogenic diet, a number of recipes are using coconut flour instead of refined flour or whole wheat flour, eliminating the carbohydrates of grains and substituting it with proteins and fibre in coconut flour. However, cooking with coconut flour can be tricky; the consistency obtained from this ingredient is not quite the same as the one obtained with grain flours. Moreover, coconut flour is more expensive than regular grain flours and less abundant, when it comes to availability in grocery stores and supermarkets. But, the good news is, it can be easily prepared at home, making it easier for you to incorporate it in your diet.

What Is Coconut Flour?

Let's start by answering the question what exactly is coconut flour. It is soft grain-free flour, which is obtained from dried coconut meat. Coconut flour is obtained as a by-product of coconut milk production, and as the latter can be easily made at home, so can the former. When coconut meat is pressed to obtain coconut milk from it, the residual mass is used in making coconut flour by drying it out to remove the last dregs of water content from it. People often use low temperature in microwave to slow-dry the coconut meat residue to obtain a coarse sand-like texture, which is then ground to make powdery and light coconut flour.

Also Read: How To Eat Coconut Oil: 4 Yummy Ways To Add It To Your Diet, Benefits and Recipes

Unlike coconut oil or coconut meat, coconut flour is low in saturated fat and rich in fibre and proteins. There isn't much official information available to indicate the exact nutritional values of various minerals and nutrients in coconut flour, but it is said to be filling and healthy for the skin. Moreover, it is low in sodium and cholesterol, which makes it healthy for the heart. Now, let's look at how it can be prepared at home.

Coconut flour is low in saturated fat and rich in fibre

How To Make Coconut Flour At Home

All you need to make coconut flour at home is one ripe coconut and one litre of water. Here's the full method:

1. Start out by draining your ripe coconut of coconut water and then break it open by using a hammer or a hand drill.

2. Use a kitchen knife to cut the tender coconut or coconut meat out from the hard outer covering. Peel the skin off of the coconut meat using a regular vegetable peeler.

3. Chop the coconut meat into smaller pieces and throw them into the food processor. Add four cups or one litre of water to the processor and blend on high speed.

4. Make sure that the water and the coconut meat are evenly blended together to give a thick and smooth paste-like consistency and then stop blending. Allow the paste to sit for some time.

5. Take a nut milk bag or cheesecloth and place it on a large bowl and pour the coconut milk over it. This will result in the residue getting collected over the bag.

6. Transfer the residue onto a baking tray lined with parchment paper and spread it out evenly onto the tray.

7. Pre-heat your microwave to 77 degrees Celsius and then bake the coconut residue for about 45 minutes to dehydrate it completely.

8. Scrape the dehydrated pulp off of the parchment paper and transfer it to a dry food processor and then blend it on high for one or two minutes.

The fine powder that you get at the end of this process is coconut flour, which can be used in baking breads, brownies, cakes, etc. So, if you were looking to replace your regular flours with a gluten-free one, coconut flour can be your pick.