New Cold Storage That Can Save 2000 Tonnes of Fruits 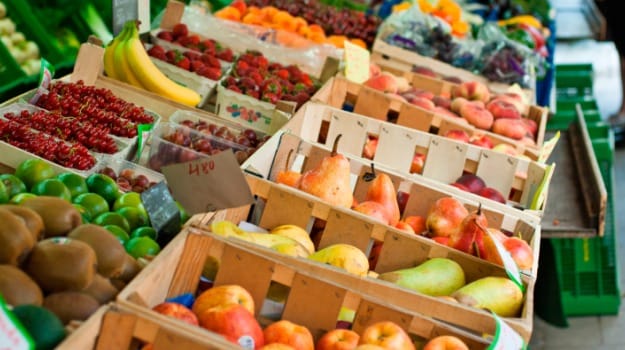 About 2000 tonnes of fruits going waste every year can now be saved as Railways has built a modern cold storage and ripening facility in line with the government's agenda of building a chain of such units.
The Perishable Cargo Centre at Azadpur, equipped to store 21,600 tonnes of fruit, was commissioned by Railway Minister Suresh Prabhu.  "The perishable centre will benefit farmers in a major way. The government is taking several steps to help farmers and this is one of those steps," he said, while noting that it was a part of promise made in Rail Budget in accordance with Prime Minister Narendra Modi's plan.
"Now any farmer can use it for ripening the fruits. This ripening facility will help the farmers to get a much better price for the produce," the minister said.
With the commissioning of the centre, farmers can export fruits now as the facility is in accordance with the best practices around the world, he said.
"This ripening facility is in accordance with the best global standards in terms of procedure to be followed. All the procedures have been followed to enhance the value of the fruit ultimately," Prabhu said.
Currently, chemicals are used to ripen the fruits and as a result same is not allowed to be exported to many countries including US and Japan.
"We will be able to save about only 10 per cent of the fruits which means about 2000 tons going waste now with the operation of this facility as it is not possible to prevent entire crop," an official said.
"There are so many barriers to export fruits specially countries like Japan and US where there is a ban because we do not conform to the standards. Since ethylene technology is used for ripening the fruit at the centre now these barriers centre now these barriers will disappear and farmers will export the produce to different countries. Consumers will also benefit because they will also get a very scientifically matured fruit," he said.
For the latest food news, health tips and recipes, like us on Facebook or follow us on Twitter and YouTube.
Tags:  Fruits