Durga Puja 2017: A Food Guide to Eating at the Puja Pandals 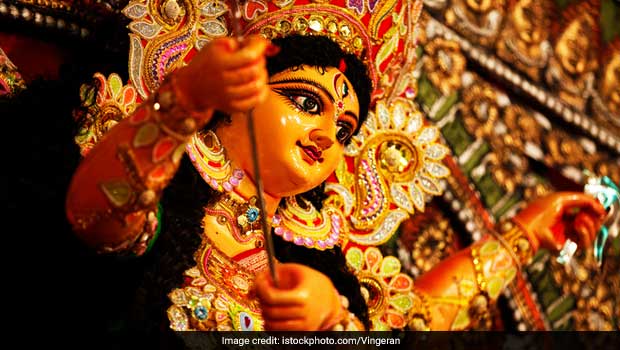 I still vividly remember my first Durga Puja, away from home. That was in 1997. I had come to Mumbai from Kolkata, after graduating from B School, to join a market research agency. I had moved in just before the puja week, which to any Bengali or Kolkatan, is the most wonderful time of the year. The problem was that I was alone in an alien city with no Bengali friends who would understand my angst and, worst still, I had no holidays for the festival!

The puja celebrations had started but I was busy with work and had no time to think about it. Then one evening, I decided to hunt for the Bandra Durga Pujo, which I had read about in the morning papers. 'Pujo' is how we Bengalis pronounce 'puja' or religious festival. I walked across Linking Road near National College. There was no sign of any pandal. In Kolkata, in contrast, the puja festivities would overwhelm you regardless of where you are in the city. I went up to a local shop keeper and asked, "Bangali logon ka Durga Puja kaha pe ho raha hain?" in chaste 'Bengali Hindi' and was directed to a spot behind the Patwardhan Park at Bandra. I walked in and suddenly it seemed as if I was in Kolkata, or Calcutta as it was called then. I had found the Bandra Durga Puja Notunpalli Sarbojonin Durgotsab or the local Durga Puja.

I heard a familiar voice the moment I entered the puja grounds. It turned out to be Usha Uthup singing at the performance area. This was my first 'celebrity sighting' in Mumbai, ironically of a fellow Kolkatan! I looked across and spotted the puja pandal and walked in and spotted the idol of Goddess Durga, the demon Mahisasura, and the whole Durga Puja tableaux.

I was suddenly teary eyed, which is rare for me. I realised for the first time how far away I was from home.

I returned to the Bandra Puja grounds a couple of days later. This time with fellow Bengalis from my college whom I had just come across in Mumbai. We spotted the pandal food stalls the moment we entered, and made a beeline for the chops, cutlets, Mughlai Parathas, biryanis and other goodies, which we had grown up relishing in Kolkata. Like festival fair food across the world, the food was deep fried, greasy, tasted mediocre and was over-priced, but it made us really, really happy.

Since then I kept returning to the Bandra Durga Puja every year when I was in Mumbai for the festival, and would eat at the stalls with friends and family. Occasionally, if it fell on a holiday, I would offer Anjali in the morning or go to see the Shondhe Arati in the evenings.

During our growing up days in Kolkata, the festival meant in equal measure, the religious aspects of the puja as well as the food, and catching up with folks over adda (chats, offline and not online) and the odd nascent romance, notun jama (new clothes which in my growing up years were bought for the whole year during the pujos), the dhunuchi naach (dance) to the dhaak (drum beats), the anushthans (elocutions, skits and songs sung by folks who organized the puja) and the heat, dust, sweat and grime of pandal hopping. These waves of nostalgia continue to define what the pujas mean to many of us regardless of where life takes us.

Over time I got to know the organisers of the local Bandra Puja and joined them in bhog bitoron (serving the food that is offered to the Goddess), something that I had done as a kid while growing up in Kolkata. That's when I realised that Mumbai had become home to me.That I had found my parar pujo (locality puja) in Mumbai, just as my parents had in the UK when I was a baby and had taken me to the puja at London.

When you see Durga Pujas across the world, you might think that those are many mini Kolkatas that have sprung up, but in reality they signify new beginnings and are a celebration of the dreams of an immigrant community. An expression of gratitude on finding a new home to build a new life in.

People often ask me about what to eat at Durga Puja gatherings and that's what I will try to answer here. Community Probashi (expat) Durga Pujas can be of various scales and let me give a few Mumbai examples to explain this. You could have a few like the Bombay Durga Bari Samiti at Tejpal Park, which are very traditional and offer primarily the bhog with hardly any food stalls around. The Bandra Puja has a mix of both. Some pujas like the Spandan Foundation Powai Pujo, the Tulip Star Pujo (referred to as the 'Rani Mukherjee pujo' locally) and many at Navi Mumbai have a much larger number of food stalls.

Do not expect the best of Bengali food or your mom's cooking at the puja stalls. For that you need to be invited home by a kind-hearted Bengali or find a good Bengali standalone restaurant to go to. In Mumbai there are a host of home chefs retailing home-cooked Bengali food during the pujas this year and you might want to check if your city has such options. You would be hard pressed to get epicurean fare in the stalls set up at the pujas in Kolkata too. So add a dash of the 'festive spirit' to what you eat at the pandals and you will do fine.

My pandal feast 'strategy' is to stick to the food cooked in front of one, specifically the fried items. In vegetarian dishes that could be the Luchi-Chholar Dal or Kochuri, Aloo Dumand Vegetable Chops. In non-vegetarian (yes, that's not out of bounds for most of us even during the festival, you could try the Mutton Cutlets, Fish Fries and Mughlai Parathas. There would be the Kathi Rolls too - egg, chicken, mutton. These are usually prepared in the style of what you get in the parar dokan or suburban roll shops of Kolkata and lack the finesse of the rolls of the Mughlai restaurants of central Kolkata. The same applies to the biryani too, though to be honest, no one cares that much during these days as we Bengalis suspend our genetic food critic traits for a few days. Some stalls serve dishes such as the Fish Kaalia, Bhetki Patoori, Shorshe, Murgir Jhol (chicken curry), Kosha Mangsho (slow cooked goat meat) and others, which are part of main meals and are cooked in advance and kept at the stalls.

There's more to Durga Pujo feasting than what is on offer at the pandal stalls. If you land up at the puja during lunch you are likely to get the bhog. For the smaller pujas, this might be offered only on Ashtami, the main day of the puja. The bigger pandals might serve on all days, as this is often a function of budgets. Bhog refers to the food offered to and blessed by the Goddess.

You could have non-vegetarian meals served in some community pujas. An example of that would be the puja at the building society that I grew up in Kolkata. These meals are by subscriptions paid for by members of the society and are not open to all. Even here, fish and meat (mutton) is traditionally had on Navami and Dashami while Ashthami is a vegetarian affair.

The vegetarian bhog menu could usually feature the much sought after khichudi (Bengali for khichdi) or occasionally a Vegetable Mishti (sweet pulao), if you are lucky then fries and fritters such as Begun (aubergine) or Aloo (potato) bhaaja, mixed slow-cooked vegetarian dishes such as Labdas and Ghontos and then chutney, payesh (kheer) and mishti (sweets) for dessert.

The prevalent belief among many Bengalis is that the taste of the Durga Pujo bhoger khichdi cannot be replicated at home. To the devout, this is ascribed to 'ma'er ashirbad' or the blessings of the Goddess. The rationalists would tell you that it is the magic of slow cooking and cooking in bulk that leads to do this. As for me, I would rather enjoy my khichdi than dissect it.

The lavishness of the bhog spread depends on how much fund the puja committee can raise. This food is usually served gratis as it is at the langar in a Sikh Gurudwara, and to anyone who comes over regardless of caste, creed, class or community. If you can, and this is not expected, leave a small donation that can help feed another person, possibly someone less fortunate than you. The khichdi is deceptively heavy so if you are a light eater then do tell the folks serving the food to plate a small portion. I am saying this is as I've been guilty of not being able to finish fully loaded plates in the past and ask for smaller portions now.

The bhog is usually served by volunteers from the committee. Queues can get a bit long and everyone's hungry and tempers get frayed at times. Do try to be patient at such times and smile as much as you can to help folks around get into the festive spirit and to encourage those serving. When you finally get your own plate of bhog, then you will find the wait was worth it.

Here's wishing you all a very happy pujo!

Kalyan loves to eat and he loves to talk about all that he eats. His wife urged him to start writing about it, otherwise she would have to hear it all. He blogs as 'finelychopped' and is the author of The Travelling Belly published by Hachette Publications.