From juicy chicken chunks and sausage rolls to bacon and tuna, Dutch butcher Jaap Korteweg offers it all. But there's a twist: None of this is made from meat. 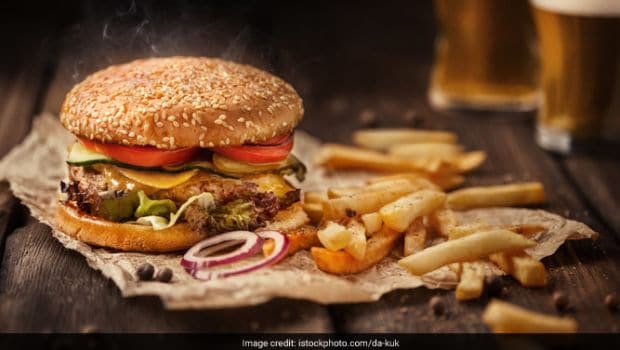 Highlights
ROME, March 5 (Thomson Reuters Foundation) - From juicy chicken chunks and sausage rolls to bacon and tuna, Dutch butcher Jaap Korteweg offers it all. But there's a twist: None of the goods on display at his shop in The Hague are made from meat.

Korteweg, a ninth generation farmer, became a vegetarian out of concerns about animal welfare after millions of pigs were slaughtered to contain swine fever in the Netherlands in 1997. But he missed the taste and texture of meat so much that he got together with scientists and chefs to create plant substitutes that capture both.

The reason there are relatively few vegetarians in many parts of the world "is not that people want to eat less sustainably, less healthily and don't care about animal welfare, but because they are hooked on meat," Korteweg told the Thomson Reuters Foundation.

Rearing animals is a major driver of climate change - making up nearly 15 percent of all greenhouse gas emissions - and raising meat makes less efficient use of land and water than growing crops, according to the U.N. Food and Agriculture Organization.

While governments and scientists are looking at ways to cut back on emissions from animal farming, many experts say cutting demand for meat - particularly in wealthy countries - is what would make a big difference in combatting climate change.

Cutting back doesn't necessarily mean giving up meat, seen as tastier than a plate of vegetables, researchers say. If all hamburgers eaten in the United States could be made of a blend of 70 percent beef and 30 percent mushrooms, for instance, it would save as many emissions as taking 2.3 million cars off the road, according to research by the World Resources Institute (WRI).

It would also save water equivalent to that used in 2.6 million American homes, and reduce the agricultural land needed to produce the burgers by an area larger than the U.S. state of Maryland, or the size of the nation of Belgium, WRI said. "Because of the umami taste and extra moisture of mushrooms, you can end up with a better tasting burger - and it's healthier," said Daniel Vennard, director of the Better Buying Lab at WRI.

The part-mushroom burgers, pioneered in the United States, where WRI esimates about 10 billion burgers are eaten each year, are now available to buy in supermarkets, and are served in some schools and office canteens as well. On Monday, the burgers will also launch at SONIC drive-in fast-food chains around the United States. The restaurant said it will roll out the part-mushroom burgers in all of its restaurants.

"It's beginning to really grow in the United States. It's getting a lot of industry and consumer traction, and we think it has the opportunity to be a global solution," said Vennard.

Eating too much meat has been linked to obesity, heart disease, diabetes and certain cancers, pushing some governments, including China, to encourage people to cut back. But labelling foods as "vegetarian" or "healthy" can put off shoppers and people in restaurants, some researchers say. Linda Bacon, a behavioural scientist and former global strategy director at Mars, Inc, has studied how people's choices in a restaurant depend on where vegetarian dishes are placed on a menu.

She found that when pea risotto and ricotta and spinach ravioli were clustered at the end of the menu under the heading "Vegetarian dishes", people were 56 percent less likely to order them than if they were listed as the first and last dish on a unified menu - one that also included king prawns, fish and chips, steak, and hamburgers.

"This and other similar research shows that restaurateurs can influence their customers to eat more vegetables and less meat," she wrote in a blog post. "All they need to do is change the design of the menu."

Meanwhile, Korteweg, the Dutch producer of vegetable-based chicken and bacon, now is selling his products across Europe, and in Israel and South Korea. In Britain and the Netherlands almost all are sold by supermarkets, which are also beginning to use them in ready-made meals and salads.

His first client was a butcher near Rotterdam. "He tasted our products and said, 'It isn't necessary for me to use meat. I just want to use tasty products'," Korteweg said.The "meats" are made from wheat, beans, peas, soya and other plant-based proteins, which are fed into a machine that helps give them a meat-like texture. Natural flavours are added to create the taste.

"My dream is that in 20 or 30 years' time we won't need animals anymore, and we will feed wheat and peas not to animals but to machines that can produce very tasty meat products in a sustainable, healthy and more intelligent way," he said.