Beyond Payasam - Try These Three Delicious Desserts From Kerala

Many Kerala restaurants unfortunately don't make room on their menus for some of the region's exotic desserts. Here's a list of three exotic dessert recipe from Kerala. 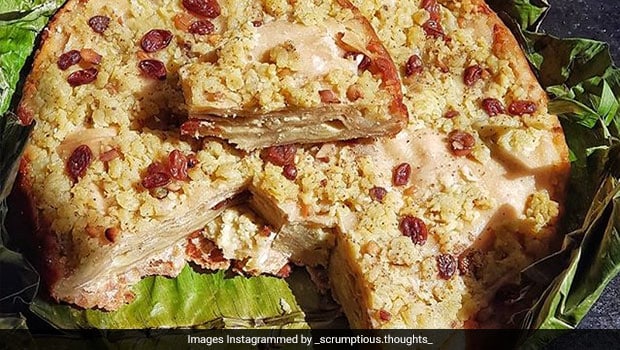 If you've enjoyed a Kerala Sadya - the traditional banana leaf meal, or dined at a Kerala restaurant, there's a good chance you wrapped up your meal with a payasam. Kerala has multiple varieties of payasams or kheer that include the legendary Paal Ada Pradhaman. Many Kerala restaurants unfortunately don't make room on their menus for some of the region's exotic desserts. Kozhikode in North Kerala is one of my favourite food cities anywhere in India. The Malabar region's culinary traditions have been influenced by its trading ties with the Middle East over many centuries. This region also boasts of some of the state's most fascinating sweet dishes, many of which involve laborious cooking techniques.

I still remember the first time I tried this at a home in Kochi, a few years ago. The dessert literally translates to steam plate cake. 'Kinnam' is the Malayalam word for a shallow steel container or plate. I really enjoyed the subtle sweetness and the textures of this dessert. There are two versions - one made with jaggery and the sugar version that I tried. This recipe is quite easy to try at home.

1.    Soak the rice for 5 hours (this is a key step)
2.    Take half cup of coconut milk and add few cubes of ice to it (this is to avoid the mixture getting heated in the blender).
3.    Blend this half cup of coconut milk and rice until smooth.
4.    Add 2 eggs, powdered sugar with the powdered cloves and the rest of the two cups of coconut milk and set the mixture aside for 20 minutes. You could also add a 1/4 spoon of cumin seeds (optional)
5.    Sieve it using a muslin cloth.
6.    Pour in into a greased plate and steam for half an hour.
7.    Let it cool and serve at room temperature.

Vasco da Gama, the famous Portuguese Explorer, first set foot in India in Kozhikode in 1497. It's no coincidence that Mutta Mala (egg strands in Malayalam), usually served at weddings and special occasions in the Malabar region is very similar to Fio de Ovos, a popular dessert and snack in both Portuguese and Brazilian cuisines. Fio de Ovos (Portuguese for egg threads) is believed to have originated in Convents, where nuns used the surplus egg yolks (the whites were used to starch clothes) to create this dish. It's also referred to as Angel Hair and is made with eggs (yolks) drawn into thin strands and boiled in sugar syrup. Abida Rasheed, one of the best known exponents of Moplah cuisine, walked me through the elaborate process to craft this unique dessert. I sampled this at the Park Hotel in Chennai where she had showcased some emblematic Malabar dishes.

My friends in Kerala refer to the Pathiri as the state's own version of lasagna. Pathiri has its roots in the Arabic word for pastry - fateerah. The textures are similar to lasagna sheets; the Pathiri has both sweet and savoury versions (usually filled with meat). I'm more partial to the sweet Pathiri that I tried during my first visit to Kozhikode and later at Ente Keralam, one of Chennai's premier Kerala cuisine restaurants. This is strongly associated with the month of Ramadan and special occasions in the Malabar region. One of the distinctive ingredients of this dish is the use of poppy seeds (khus). This dish requires a lot of patience and skill but the results totally justify the effort.

(Also Read: Palada Payasam: The Perfect Finish To A Meal In Kerala)