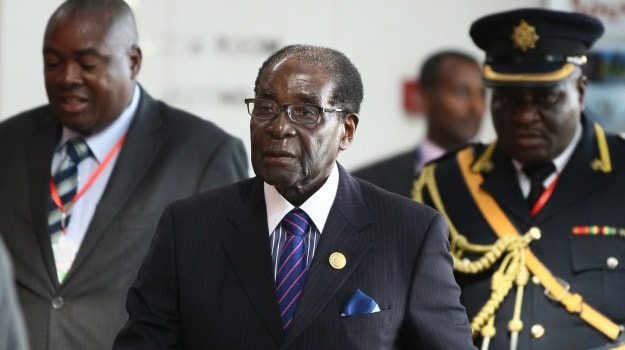 There’s opulence, there’s crazy opulence and then there’s the birthday party of Zimbabwe President, Robert Mugabe. He’s the world's oldest leader, who has been ruling Zimbabwe since its independence from Britain in 1980. The president ushered in his 91st birthday at an exclusive golf course and spa in Victoria Falls by releasing 91 balloons into the sky, hosting 20,000 guests and spending a whopping million dollars -  and that’s not even the shocking bit.

Listen to the latest songs, only on JioSaavn.com
For this over-the-top feast, elephants were slaughtered, cooked and served to the guests. In addition, there were also impalas, buffaloes and sables on the menu that were offered to the president by a local land owner. He also gifted Mr. Mugabe a lion and a crocodile. Moreover, 40 cows were offered by two members of his government. And what's a party without cake? There were seven mammoth cakes, each as big as a mattress, and one of them was shaped as an African continent. The ZANU-PF party, who organized the bash, said the money was raised from individual and company donations. His extravagant celebrations have been a matter of annual controversy in a country that’s wounded by poverty. The festivities, which infuriated animal rights groups and wildlife conservationists alike, have been described as “totally unethical” by them.

Comments The celebrations were also slammed by the main opposition party of Zimbabwe, Movement for Democratic Change, which called the festivities "obscene". "All the money that has been collected to bankroll this obscene jamboree should be immediately channeled towards rehabilitating the collapsed public hospitals, clinics and rural schools in Matebeleland North province," said MDC spokesman Obert Gutu, referring to the province where Victoria Falls is located.