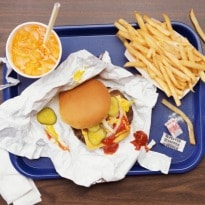 The appetite centers of children's brains light up when they are shown advertising images such as the McDonald's logo, a study reveals.

Researchers revealed that the same areas do not respond to well-known logos that are not to do with food, The Independent reported Sunday.

It suggests that fast-food firms are tapping into the reward areas of the brain, and that these develop before the regions that provide self-control, leading to unhealthy choices.

Comments"That is concerning because the majority of foods marketed to children are unhealthy, calorifically-dense foods high in sugars, fat, and sodium," said the study conducted at the University of Missouri-Kansas City and the University of Kansas Medical Center.