From Rapeseed to Coconut - the Oils Every Kitchen Should Have 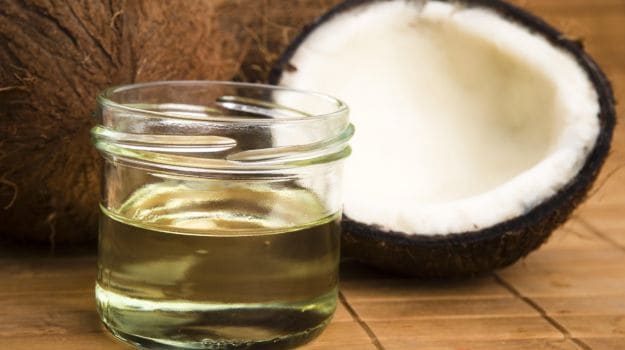 Coconut oil has an intense aroma that belies how sweet and mellow it tastes. Photograph: Alamy

Olive oil may have become a staple for most home chefs, but there are others worth considering.

The demand for rapeseed oil is at an all-time high and no wonder – cold-pressed, extra-virgin rapeseed oil can rival the best olive oils in flavour and versatility, and as far as health benefits go, it far outstrips the Mediterranean staple. Put the latter’s ubiquity down to pure habit: while recipe writers and cooks might default to the latter, there are plenty of serious alternatives.

The important things to consider when choosing an oil are the type and percentage of fat it contains, the flavour it brings, and the temperature to which it can be heated before it starts to break down and become unpleasant: its smoke point. Cold-pressed extra-virgin oils are minimally processed and unrefined, leading to more pronounced flavours and lower smoke points: they are great used as is, for dressing a salad or finishing a dish.

What you want to avoid most keenly are trans or hydrogenated fats – ie shortening – which are man-made enemies of cardiovascular wellbeing. Lastly, wherever possible, go organic for oils that are pesticide and GMO-free.

The oil, synonymous with the Mediterranean diet, is made by crushing fresh olives, those that curdle your mouth with their unpalatably dry bitterness. Extra-virgin olive oil is fresh-tasting, fruity and grassy, often with peppery notes – perfect for drizzling on salads and finishing soups and pasta dishes. It smokes at around 165-190C/325-375F, so is definitely best for drizzling over finished dishes. Refined, it is much more bland-tasting, and smokes at 240C/465F, so while it’s still not great for deep-frying, it will do handsomely in any Mediterranean-style meal. Olive oil boasts high levels of monounsaturated fat, ie the good kind, promoting healthy cholesterol. Extra-virgin olive oils are pressed within 24 hours of the olives being harvested, ensuring a low acidity rate, and lots of polyphenols: antioxidants that may help in preventing cardiovascular disease.

Made from the tiny black seeds of Brassica napus, rapeseed or canola oil is one of only two oils grown and bottled in the UK, which is one excellent, locavore reason for using it. It is the lightest of the edible oils, boasting – at 6% – a lower level of saturated fat than any other. Like olive oil, it is high in monounsaturated fats, but has considerably higher levels of vitamin E. It has a delicate, nutty flavour that keeps it versatile. When extra-virgin and cold-pressed, it is delicious in dressings and dips, as well as in baking, frying and general cooking.

Made from pink peanuts and neutral in flavour, this is the oil of choice for the deep-fryers of the world: its smoke point is 230C/450F. Produced primarily in China and India, it is a good all-rounder, high in polyunsaturated, monounsaturated and saturated fats, with a very stable shelf-life. You won’t want to drizzle it neat on anything special, but it will make an excellent fritter.

Hailing predominantly from Russia, Ukraine and Argentina, sunflower oil is made from the eponymous seeds, although the flavour of processed versions won’t tell you as much. It is a neutral-tasting oil, with a relatively high smoke point – 225C/440F – and, when used in moderation, is well suited to general cooking. It boasts high levels of polyunsaturated fats, in particular linoleic acid, which for some is not that good of a thing – opting for high oleic sunflower oil is deemed preferable. In terms of flavour, eco-chef and sustainability advocate Tom Hunt recommends organic sunflower oil for an altogether more toothsome experience. “You really taste the seeds as you know them – it makes a beautiful mayonnaise,” he says.

The wunderkind of the wellness world, coconut is having a moment, with every other healthy-eating advocate singing the fruit’s praises. Coconut oil is extremely high in saturated fats, with an enormous 92%. And yet, apparently, this should not deter you from using it, so long as you get it virgin and unrefined. It has an intense aroma, when heated, that belies how sweet and mellow it tastes. Allegra McEvedy uses it frequently but sparingly in cooking, for “its good richness”, while for finishing a dish, she’ll plumb instead for a Mexican avocado oil – fresh and peppery. Coconut oil is rich in lauric acid, a fatty acid that reportedly contributes to reducing cholesterol and it is said to improve metabolism.