Glass of wine a day may keep the doctor away 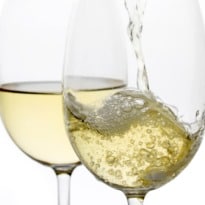 Moderate alcohol consumption can boost your immune system and potentially improve your ability to fight infections, a new study has claimed.

A research team led by an immunologist at the University of California, Riverside found that moderate consumption of alcohol can improve immune response to vaccination.

The finding could pave the way for potentially new interventions to improve our ability to respond to vaccines and infections, benefiting vulnerable populations, such as the
elderly for whom the flu vaccine, for example, has been found to be largely ineffective.

"It has been known for a long time that moderate alcohol consumption is associated with lower mortality," said Ilhem Messaoudi, an associate professor of biomedical sciences in the School of Medicine and lead author of the study published in the journal Vaccine.

To study the impact of alcohol consumption on the immune system, the researchers trained 12 rhesus macaques to self-administer/consume alcohol on their own accord.

The team first vaccinated the animals (against small pox) and then allowed them to access either 4 per cent ethanol (the experimental group) or calorically matched sugar water (the control group).

All the animals also had open access to water as an alternative fluid, as well as food. The researchers monitored the animals' daily ethanol consumption for 14 months. The animals were vaccinated one more time, seven months after the experiment began.The research team found that over nine months of the animals' ethanol self-administration, mean daily ethanol intake varied markedly among them. "Like humans, rhesus macaques showed highly variable drinking behaviour. Some animals drank large volumes of ethanol, while others drank in moderation," Messaoudi said.

The animals' voluntary ethanol consumption segregated them into two groups: animals in the first group were those that consumed more alcohol, averaged a blood ethanol concentration (BEC) greater than the legal limit of 0.08 per cent and were therefore designated 'heavy drinkers'; animals in the second group consumed less alcohol, averaged a BEC of 0.02-0.04 per cent and were designated 'moderate drinkers.'