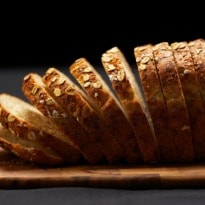 When you pick up a bread or packet of flour that says 'Gluten free' on the label, you will tend to believe that it has no gluten whatsoever. However the reliability of that claim till now was up for question.

In the US, consumers are going to know exactly what they're getting when they buy foods labeled "gluten free."

The Food and Drug Administration is defining what the "gluten free" label really means. Until now, food companies have used their own discretion as to how much gluten they include.

The FDA rule announced Friday says "gluten free" food must contain less than 20 parts per million of gluten. The FDA rule also says that foods that inherently contain no gluten, like raw carrots or cheddar cheese can call themselves gluten-free.

Gluten is a substance in wheat and other grains. People who have celiac disease can get sick when they eat it because they don't absorb nutrients well. An estimated 3 million Americans suffer from this disease. The amount the FDA will allow is considered low enough that most people with celiac disease won't get sick if they eat it.

In India, we still have a long way to go.

Whereas the Food Safety and Standards have clearly defined what sodium free, sugar free, tranfat free or even energy free means, there are no guidelines yet that tell you what 'Gluten-free' stands for. As there is no legislation regarding gluten labeling, you're never going to know if products like chocolates, biscuits and ice creams contain any gluten or not. CommentsNow that the FDA has figured it out, hopefully we will follow soon.

With inputs from AP