Government Plans to Fix Portion Sizes in Restaurants: Here's What People Have to Say 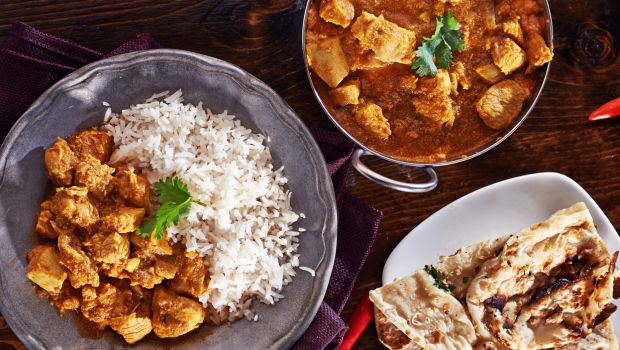 In order to curb food wastage by restaurants and hotels, Minister of Consumer Affairs, Food and Public Distribution, Ram Vilas Paswan has suggested that the government should fix portion sizes so that no one should waste what they can't eat. A meeting has been called by him to discuss this issue with experts from the food industry and come up with a way to standardize portion sizes in restaurants. The minister also plans to draft a survey with a questionnaire for the restaurateurs to understand what the current serving are and how people order.

Meanwhile, we caught up with some restaurateurs and chefs who gave us their piece of mind on this new revelation. While Twitter seems to be divided, but people who belong to the food industry had some strong opinions. Have a look and decide for yourself.

Chef Gurpreet Singh from Punjab Grill Restaurant in New Delhi disagrees with the move,  "It is not a very practical decision especially for a restaurant serving North Indian cuisine. When people come with their families, they like to share their food and order accordingly. The appetite differs from person to person. If we standardize the portion, how is a 5 member family going to decide?"

Popular TV Chef and Cookbook Author Adiya Bal also dismissed the suggestion, "The move is quite bizarre. Most of the food wastage lies in the supply chains from the farms. It's the handling of food at source which needs to be monitored."(Also read: 9 Ways to Avoid Food Wastage at Home.)

"Willing to share the responsibility but imposing a rule may not be the best way," Chef Irrfan

Restaurateur and Chef Sabyasachi Gorai makes quite a valid point, "Portions in restaurants are already regulated. The food wastage is actually in banquets where lavish weddings are organised and you have 10 mutton dishes where 4 or 5 should suffice. In a restaurant, the food is served on an a la carte basis. You order, we prepare. We are more worried about the food cost than anybody else, so why would be serve or make extra? On an average a person would consume 3 to 5 pieces of chicken and that is what is usually served across most good restaurants, and people are aware of that and order accordingly.”

Listen to the latest songs, only on JioSaavn.com
The sentiments in Mumbai are a bit different. Chef Irrfan from The Sassy Spoon seems to partially agree with the suggestion, "It is very important that the customers understand the implications of food wastage. I think the idea of controlling the food portions in restaurants helps us share the responsibility and we will be more than happy to look into it and come up with ways to do so. However, forcing down a legislation on the serving size may not be the best way to go about it because food needs are different for different people and different restaurants."

Here's what people on Twitter has to say about the standardizing portion sizes across restaurants in India. Some welcomed the move, some opposed it while some were just left wondering.

First they told you what to eat. Not they tell you how much to eat. Welcome to the world's largest kindergarten: https://t.co/NInlIbm4dp

Govt means to say that we Indians don't eat what we order at posh hotels?
We frigging INVENTED the 1x2 soup!

why not the government fix their own expenditures and subsidies instead of wasting time in hotel food portioning #foodportionpic.twitter.com/Nhaain2Avi

Yes food wastage is a serious problem everywhere. Especially amongst the better-off https://t.co/y2xOY1Evjr

Nothing wrong. They charge & serve more than one can eat. Have seen ppl wasting 40% of food. Smaller portion at lower price is our need. https://t.co/4aeJgqk2d5

What do you suggest we should do to control the issue of food wastage in India? Do you do anything differently at home or while eating out? Inspire us.