Gudi Padwa 2017: All You Need to Know About Pooja Mahurat, Vidhi & Timings 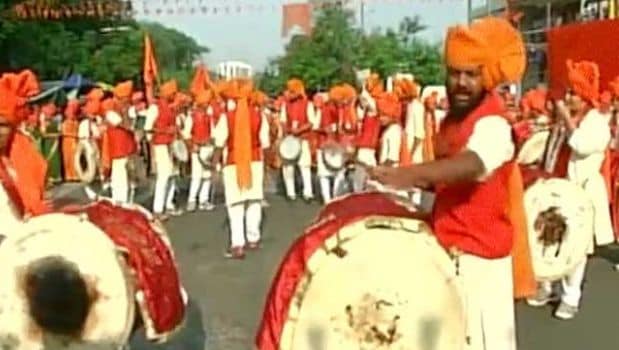 Highlights
Maharashtrians and Konkanis around the country would be celebrating the festival of Gudi Padwa on 28th March 2017. The festival marks the beginning of the New Year as per the Hindu calendar. In Karnataka and Andhra Pradesh, people celebrate the festival under the name of Ugadi or Yugadi. Celebrated on the first day of the Chaitra Month, according to the Hindu calender, Gudi Padwa is also referred to as the ‘Chaitra Shukla Pratipada’ in Marathi. Amongst the bevy of seasonal festivals marking the beginning of the spring and harvest season in India, Gudi Padwa is one of the widely celebrated festivals. The date signifies the end of one season and the beginning of another.

According to mythology too, it is believed that Lord Bhrahma created the universe on this day and laid the foundation of the first epoch of human civilization- the Satyuga. People hoist the Gudi (doll) to remember Lord Bhrahma and invoke the blessings of Lord Vishnu.

(Also read: Gudi Padwa and Ugadi: 10 Interesting Facts You Did Not Know)

The significance of the ‘Gudi’

On Gudi Padwa, people set up a Gudi (a doll) made with a bamboo stick. The face of the Gudi is made of a copper pot (kalash) and it is decorated with green or red brocade. The Gudi is draped with a yellow coloured silk cloth and red flowers. The colours - yellow and red symbolize fertility and well-being. At the top of the kalash, sugar crystals and neem leaves are placed. It is further adorned with twigs of mango leaves and a garland of flowers.The kalash is considered to be very auspicious for the Hindu community. Often referred to as the Purna Kalash, this copper pot signifies purity. The color of the cloth (yellow, red and green) symbolize life, energy and fertility. Red flowers are used to eliminate negative energies.

Here's everything you need to know about the pooja mahurat, vidhi and timings for Gudi Padwa 2017

CommentsDevotees begin their day with a ritualistic oil bath and follow it by praying to Lord Vishnu. Scriptures suggest an oil and neem bath is an auspicious start to the New Year. People also draw a simple rangoli outside their house, preferably at the entrance. Scriptures also suggest making a swastika sign with rangoli or haldi and kumkum to invoke positive energies.