Happy Birthday Genelia D’Souza: A Look At Her Foodie Moments!

Let's take a sneak peek at Genelia D'Souza's Foodie moments on her birthday! 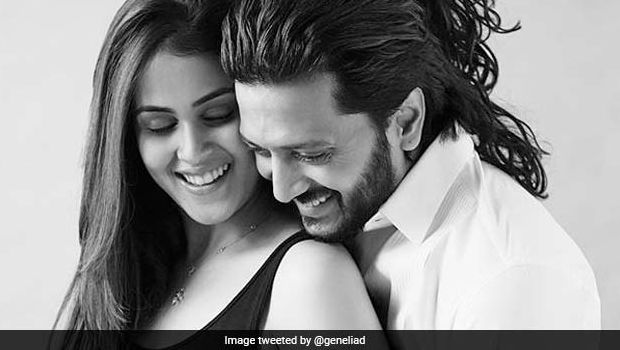 Popular Bollywood actor Genelia D'Souza is ringing in her 31st birthday today. She debuted her Bollywood career in the year 2003 with 'Tujhe Meri Kasam' and eventually went on to work in the Tamil and Telugu film industry. It was in the year 2004 when she appeared on Hindi film 'Masti', a multi-starrer that had Vivek Oberoi, Aftab Shivdasani and Riteish Deshmukh among other actors. The Masti star went on to give some super successes in the regional film industry and won many fans from around the country. One of her most popular movies that earned accolades was 'Jaane Tu... Ya Jaane Na' alongside Imran Khan, which became a super-hit, not just across India, but also overseas. D'Souza eventually married Bollywood actor Riteish Deshmukh in the year 2012. The couple has two kids, Riaan and Rahyl Deshmukh. D'Souza, despite giving birth to two kids, has made sure that she keeps fit. Let's take a sneak peek in some of her foodie moments!

Looks like an anniversary well spent! The couple went for a dinner date at Le Cirque, which eventually became her new 'favourite place.'

Like most of us, Genelia loves food. She had a hearty meal at Gaggan in Bangkok. A fancy drink indeed!

Genelia also loves to attend cook-shops, just like this one, to learn to prepare new delicacies. In this post, she tells that she learnt to prepare pizza bread and ravioli dough.

Organic is the way to go! That's what Genelia believes in. Her home-grown garden, which has herbs, is what we should do to ensure keeping a healthy body. She looks to grow more in the future.

While we don't get to see her in movies anymore, she ensures keeping her fans updated about her day-to-day updates. Here's wishing Genelia D'Souza a very Happy Birthday!