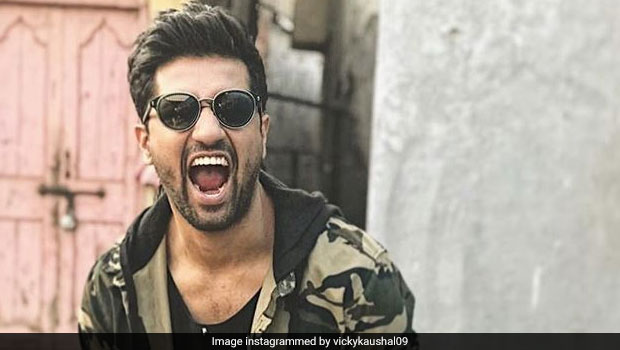 Bollywood actor Vicky Kaushal has delivered one hit film after another and has established himself among the top crop in the industry. Kaushal, who is celebrating his 31st birthday today, has been basking in the resounding success of the film Uri: The Surgical Strike. His performances have received critical acclaim as well as the love of mainstream Bollywood audiences. His soul-touching acts in Masaan and Raazi speak volumes about his excellent skills and he has demonstrated that he has surprising range with his roles in Manmarziyan, Love Per Square Foot and Lust Stories. Now the actor is readying to delight everyone with two more much-awaited projects- Takht and Udham Singh. While the former is a multi-starrer from Karan Johar, the latter is a biopic being directed by Shoojit Sircar.

Vicky Kaushal has impressed everyone, not just with his acting chops, but also with his rugged good looks and his lumberjack image. The lean Kaushal had famously gained 15 kg for his role in Uri and played the role of a beefy soldier with panache. Needless to say, Kaushal followed a strict diet and fitness routine to bulk up in a small period of time. The actor is a foodie, but for this role, he followed a tough diet that would break the rest of us.

If you want to bulk up like Vicky Kaushal did, here are a few tips from his own diet regime:

1. Multiple Meals: Kaushal revealed in his interview with Mid Day that he ate six meals in the day and woke up at 5 am to eat the first meal. Eating often is important for keeping your metabolism up, so that you're able to workout better and burn calories more effectively.

2. Protein and Carbs: It's important for people who want to bulk up, to eat enough protein and carbohydrates in their diet. Vicky Kaushal revealed that he ate proteins from fish, chicken and mutton, and relied on brown rice and oats for his load of carbs.

Also Read: Sunny Leone: The Diet And Fitness Regime That Helps The 38-Year-Old Stay In Shape

3. Fluids: Kaushal revealed that since he was consuming so much meat, he had to consume enough fluids in the form of juices and smoothies to keep his system cool. Vegetables are also important in this diet to keep your body hydrated.

The key to gaining muscle mass as effectively as Vicky did is discipline. You cannot cheat and have to follow your routine religiously. It is also important to consult an expert and stick to your diet as much as possible. Well, we wish Vicky Kaushal a very happy birthday and wish he continues to enthrall us with stellar performances.