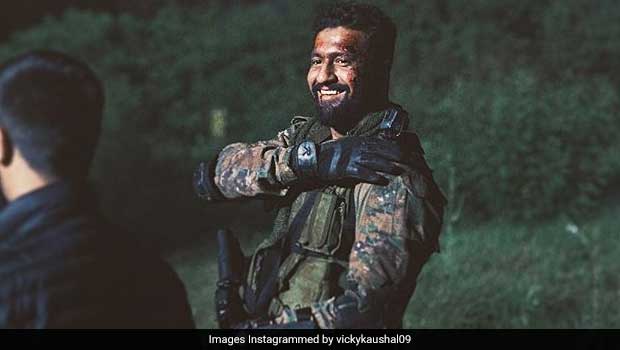 Bollywood actor Vicky Kaushal is flying high on the success of his first film as the solo male lead 'Uri-The Surgical Strike.' The catchphrase from the film, 'How's the josh?' has now gone viral, with even Prime Minister Narendra Modi recently using it while addressing a gathering. All over the country, fans of 'Uri' are sharing their own videos of people chanting 'How's the josh' and needless to say, an ecstatic Kaushal has expressed his happiness over the popularity of the film by religiously sharing most of these videos. The film, which also stars Yami Gautam in a prominent role, has also been a huge commercial success. The film has raked enough collections to outperform the biggest box office hits of last year and has also become the first super-hit film of 2019.

The resounding success of 'Uri' continues with the film running successfully in its third week. Vicky Kaushal recently got a special surprise when a number of flight attendants in his recent flight baked him a cake and also presented him with a handwritten note that said, "How's the josh? Happy Republic Day. Jai Hind. Extremely high sir." The 30-year-old shared a picture of the specially baked cake on his Instagram stories.

Also Read: 'Uri' Actor Vicky Kaushal Was Eating This Delhi Delicacy And We Bet You Are A Fan Too!

Take a look at the cake Vicky Kaushal received from the flight attendants:

Vicky Kaushal and Yami Gautam celebrated the Republic Day with the jawans of the Border Security Forces (BSF) at the Atari Wagah Border. The actor shared a video of the celebrations that, according to his post, were joined by 28,000 people on January 26th. The actor can be seen addressing the cheering crowd repeating the film's now iconic catchphrase, even as the audience responded. Take a look:

Well, Vicky Kaushal sure tasted success and he would agree it tastes quite sweet! The actor will be seen in the much-awaited multi-starrer 'Takht,' which has A-listers like Kareena Kapoor, Ranveer Singh, Alia Bhatt and Bhumi Pednekar. We can't wait to see him in the film. What about you?