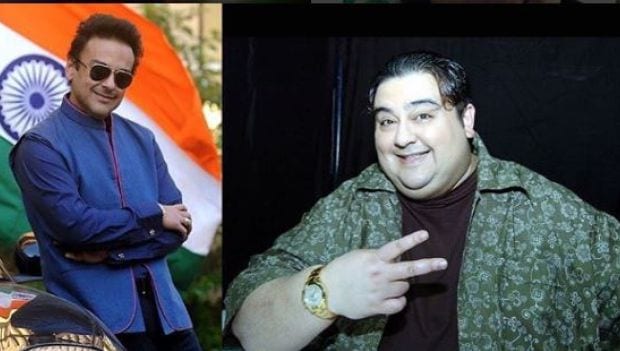 Remember the song Mujhko Bhi Tu Lift Kara De from the year 2000? The song created a massive stir and was on everybody's lips for quite some time. Along with the catchy lyrics and peppy beats, what also caught the public's attention was this new singer on the block, who was trying to make his way into the film industry with his melodies. Adnan Sami would be debuting as an actor with 'Afghan: In Search of A Home'. His last major bollywood project as a composer was Bajrani Bhaijaan, that released in 2015. In his career spanning two decades, he has churned many chartbusters back to back as both, a composer and a singer -  Tera Chehra, Udi Udi, Ishq Hota Nahi Sabhi ke Liye - but the public's fixation with his weight remained. He also composed many music singles and appeared in some of them as the lead. While people hummed his tunes, questions were constantly asked about his weight. At 220 kilos, he was far from being the perfect size as perceived on screen.

In his interview to Faridoon Shahriyar of Bollywood Hungama, Adnan said recalling the fat-shaming, “If you are obese, it doesn't mean that you don't have a heart. It's just that on screen not many had attempted it with the kind of size that I had. I was very unapologetic about my size, because I felt that I had as much right to love someone as anybody else."

“Unapologetic” about his size, Adnan continued spinning hits after hits, when suddenly around the year 2005-06 he went missing in action. Nobody knew that after a brief sabbatical the singer was to sashay an avatar, which was impossible to picture even for him. With each passing appearance people were noticing a drastic change of the erstwhile obese singer. Adnan became slimmer and fitter.

Cut to 2017, the singer now weighs a healthy 65 kilos. In a public event in the year 2013, Adnan proudly said to the media, “From 220 kilos, I have reduced about 155 kgs, that's like shedding two individuals out of your body. It often happens,that people fail to recognise me now. But I am happy I did that, this has filled in me a lot of stamina and energy. And I am standing in front of my listeners and admirers after the entire journey. It's very overwhelming.”

A Matter of Life and Death

With a weight loss of whopping 155 kgs, Adnan became the poster boy of weight loss. Many said he had undergone a liposuction surgery, but Adnan denied those reports. He, however, did undergo the surgery for lymphedema in the year 2005, which also became the turning point in his journey. The surgery required him to be on bed rest for three months. Since he was overweight, the fat underneath his muscle pushed against his lungs and made breathing difficult. It was at this point that his doctors told him that he would live only six more months unless he did something about his excess weight. And that's when Adnan resolved to shed all the weight and live. The fighter flew to Houston and hired a nutritionist and got started on weight loss journey. His family and friends were a tremendous support to him in the phase.

In fact it took a heart-felt message from his father to get Adnan all geared for the trail. Adnan's father, who had been battling pancreatic cancer (and ultimately succumbed to it in the year 2009), told him that he didn't wish to bury his son while he is still alive. Adnan broke down into tears and promised to lose all the weight.

In one of his interviews Adnan said, liposuction is for people who are chubby, not for somebody who weighs 220 kg. To actually squeeze out that amount of fat is not a feat possible for liposuction. He added how it was a combination of will power and a high-protein, no oil, no sugar diet.

Adnan was not always obese as a school kid. He was actively involved in squash and polo, until he discovered doughnuts and brownies. He also said that his task of shedding weight was 80 per cent psychological and only 20 per cent physical. Before heading out on his mission to lose weight Adnan enjoyed that one last indulgent meal of mashed potatoes, porterhouse steak with a lot of butter, and a huge cheesecake. And from the very next day, he adopted the low-carb and high-protein diet as suggested by his nutritionist, before starting his workout routine. Adnan at that point was so fat that he couldn't even see his knuckles or bend down to pick anything. With his will power and discipline, he managed to lose about 150 kgs in a matter of 16 months.

Sami's weight loss journey started in Houston. He consulted his nutritionist who concluded, after studying Sami's reaction to food, that he was an emotional eater. The psychological condition made Adnan resort to ‘comfort foods' which were high on carbs, sugars fats and salt whenever he was sad or low. He felt guilty about eating them, and then would eat them again. The first task for his nutritionist was to take Adnan out from this loop of emotional eating. He was then put on a low-calorie diet plan, where he totally gave up on white rice, bread, and unhealthy junk foods and was allowed to have only salads, fish and boiled dal instead.

He would start his day with a cup of sugarless tea. For lunch, he would have vegetable-based salad with just one teaspoon of fat-free salad dressing along with some fish. His dinners would include plain boiled dal or chicken without any rice or roti. He was allowed to consume diet ice lollies, diet fudge sticks and sugar-free drinks. His evening snacks included home-made popcorn without butter and salt.

For Adnan, who weighed about 220 kgs, it wasn't advisable to rush to the gym because it could put a lot of strain on his body, and even trigger a heart attack. Therefore, it was only after he lost some 40 kgs that his instructor put him on the treadmill and light exercises. A couple of months down the line, his trainer Prashant Sawant designed a full-fledged training routine for the singer, which included an hour long session of strength training and cardio exercises for six days a week.

Each month Adnan lost about 10 kgs, his stamina increased, he could sleep better, move freely and walk. Today Adnan, after months and years of determination, has successfully shed the excess weight and stands on the healthier side of the weighing scale, leaving his obesity behind.

CommentsBut a true foodie at heart, Adnan still occasional binges on his favourite sweet delights like cakes and muffins, but makes sure to work out too. Well, as long as you are burning those calories Adnan, we think a brownie or two wouldn't harm as much.