How To Make Quick Kokum Sharbat At Home?

Since kokum is easily available in the market, you can make kokum sharbat at the comfort of your home without any preservative or additives 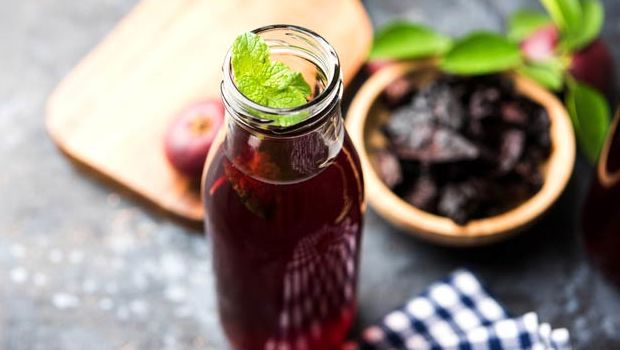 Highlights
Summers have descended upon us, and the sweltering heat is making us want to sip on some cooling and hydrating drinks. And, what is better than drinking kokum sharbat, which is not just good for our taste buds, but also has many health benefits. Kokum is a fruit that belongs to the same family as mangosteen and is said to have culinary and medicinal uses. It is a beautiful dark purple coloured fruit, with a botanical name Garcinia Indica, that has anti-inflammatory, anti-fungal and antioxidant properties, which help stimulate our digestion. Moreover, the fruit is known to reduce body heat, making you feel cool and fresh. Drinking kokum sharbat has same benefits as eating kokum fruit. Since kokum is easily available in the market, you can make kokum sharbat at the comfort of your home without any preservative or additives.

Kokum is said to be an indigenous to the Western Ghats of India and has been a part of the country's history since centuries. Farmers are said to harvest kokum commercially throughout the western coastal regions of India, from Gujarat to Maharashtra and Kerala. The fruit season lasts through March, April and May.

How To Buy Kokum?

You can spot locals selling kokum, majorly in the state of Goa. Fresh kokum are barely seen in other parts of India, hence, in some places you get dried kokum, powdered kokum or kokum syrup to make sharbat at home

In case you get to buy fresh kokums, make sure that you do not pick them if they have noticeable dents, blotched skin and bruises. The fruit should ideally be shiny and must have a shape that's perfectly round.

How Does Kokum Taste?

Kokum is sweet in taste, but acidic in nature. Dried kokum peels are exceptionally sour and metallic with sort-of sweet aroma, which is why it is best used in curries and drinks.

How To Make Kokum Sharbat At Home?

Here's an easy recipe to make kokum sharbat or kokum drink from dry kokum at home:

Kokum is sweet in taste, but acidic in nature

What's all the waiting for? Go on and make this sweet and sour kokum sharbat recipe at home! Do let us know if you have another recipe to share!